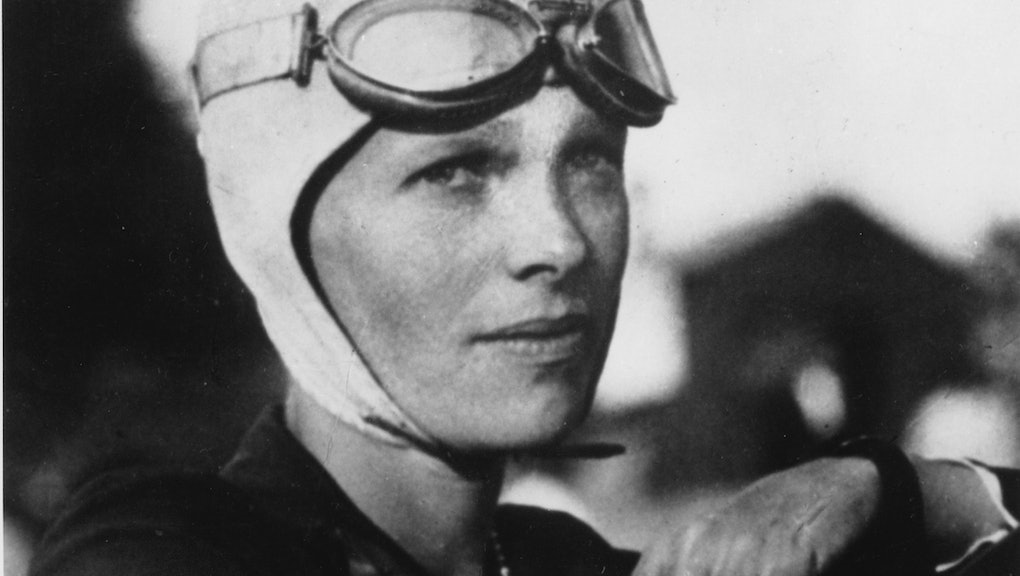 Researchers claim to have identified a scrap of missing aviator Amelia Earhart's plane, a discovery that could completely change the popular understanding of the legendary pilot's mysterious disappearance in 1937.

According to an announcement by the International Group for Historic Aircraft Recovery (TIGHAR), a nonprofit organization based in Delaware, a piece of aluminum aircraft debris recovered in 1991 from the remote, uninhabited South Pacific atoll of Nikumaroro, Kiribati, came from the aviator's Lockheed Electra.

TIGHAR claims that the aluminum sheet was on Earhart's plane while stopping in Miami during her 1937 flight around the world with navigator Fred Noonan.

"The patch was as unique to her particular aircraft as a fingerprint is to an individual," TIGHAR executive director Ric Gillespie said in a press release. "Research has now shown that a section of aircraft aluminum TIGHAR found on Nikumaroro in 1991 matches that fingerprint in many respects ... The strong possibility that Artifact 2-2-V-1 is the 'Miami Patch' means that the many fractures, tears, dents and gouges evident on the metal may be important clues to the fate — and resting place — of the aircraft itself."

"Deciphering those clues will be the next phase in TIGHAR's analysis of this complex and fascinating artifact," he said.

As noted by TIGHAR, the discovery would prove that Earhart and Noonan did not, in fact, crash in the Pacific Ocean as generally believed. The patch suggests that Earhart and Noon made a forced landing on Nikumaroro's coral reef. They likely died on the atoll, 350 miles southeast of Howland Island, while awaiting rescue.

"This is the first time an artifact found on Nikumaroro has been shown to have a direct link to Amelia Earhart," Gillespie said.