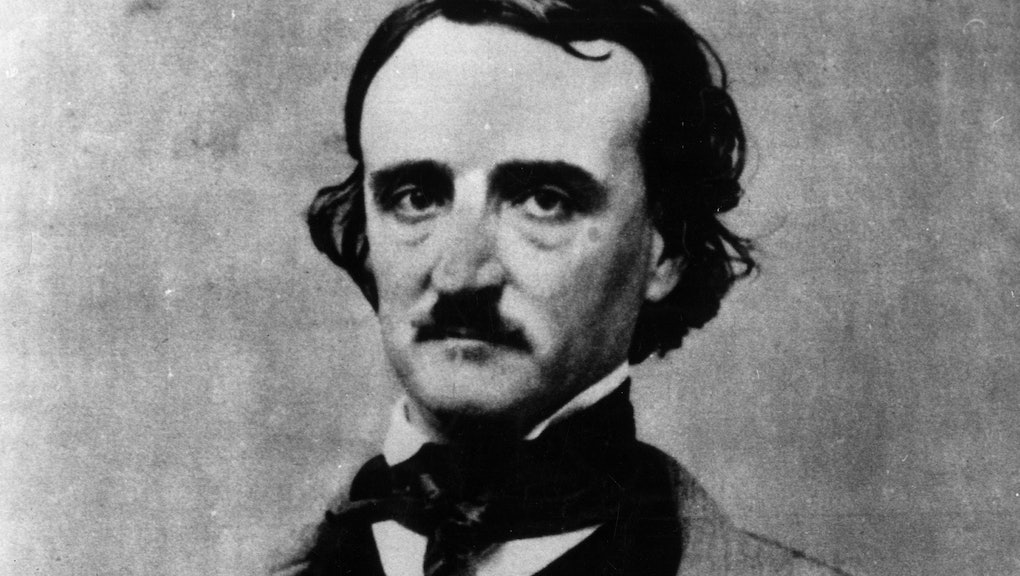 For some, going Greek during college makes the four years worth it, during and after. But there's a whole slew of other useful, overlooked lessons from fratting: Excessive drinking is just learning how to push the limit. Hard drugs help explore the creative side of the brain. Sleeping around lets someone take control of their life.

When you think of your favorite literary superstar, you probably aren't thinking of anyone super fratty. But let's be real: Some authors were total frat boys even without the letters. Let's take a look at eight of them.

Even those of us are who aren't book buffs have heard about Hemingway's love for libations. And although it's unclear if the famous "write drunk, edit sober" mantra was actually his, that's something Papa would have totally done. If only the author of The Old Man and the Sea was still around: With his affinity for whiskey, he would have definitely been the guy taking pulls from the handle of Fireball at parties.

Getting turnt with the well-connected was Capote's game. The award-winning novelist was an early bloomer who started partying even before getting to college. He'd invite friends over to his Greenwich, Connecticut, home for drinking, smoking and dancing (the frat trifecta), all within the confines of his house. He and his high school friends would hit up happening nightlife hotspots such as the Stork Club and Café Society. And in 1942, when he returned to Manhattan, Capote partied with Oona O'Neill, the daughter of playwright Eugene O'Neill, and the heiress Gloria Vanderbilt. Talk about networking.

You don't have to be in a frat to be a frat star: It's more of a state of mind. That's how Sackville-West found herself on this list. Drink and drugs were not her game — love was. Her past hook-ups include Mary Garman, Harold Nicholson, Violet Trefusis and Virginia Woolf, and those are just the famous people she got frisky with. In a steamy letter to Trefusis, Sackville-West wrote, "I search on your lip for a madder caress / I tear secrets from your yielding flesh," which is pretty much the equivalent of early 1900s sexting. She surely put the "sack" in Sackville.

Kesey lived the frat star drug-induced dream-cum-hallucination. The author got a bunch of psychedelic drugs as part of a CIA-funded study looking at the effects of cocaine and LSD — that's some top-shelf stuff. His stint as a medical guinea pig inspired Kesey to write One Flew Over the Cuckoo's Nest. He was also a total pledge dad who'd hand out LSD treats to help with the finding of one's own self-universe.

Unfortunately for Poe, he might have drunk a little too much. Tales of his alcoholism are widespread, and some even think it played a role in his death. (At the same time, some people also attribute the author's demise to rabies.) Poe left his mark on the world of literature with "The Tell-Tale Heart" and "The Raven," so the least we could do for him is pour one out to the man.

Not only was Wilde obsessed with the ever-so-potent absinthe (which is usually 136-proof), but the bro would work while sipping the liquor. He must have been super goofed-up to write The Importance of Being Earnest, but the play is hilarious, so apparently writing drunk works. Wilde also spent three nights drinking the stuff, casual. If he were still around, he'd be the frat star in charge of the jungle juice.

Starting off, de Acosta boasted that she could get a woman from any man. That's some frat star confidence — and it was pretty true. When de Acosta met actress Greta Garbo in 1931, she noticed that Garbo was eyeing her bracelet. With the line "I got it for you in Berlin" and a little more flirtation, the two lovebirds spent that summer in a secluded house on a little island. Damn, girl had mad game. Other conquests included Tallulah Bankhead, Isadora Duncan, Marlene Dietrich and Tamara Karsavina.

Thinking back on it, Fitzgerald was a pioneer party reporter. The author used the ragers he went to for inspiration for The Great Gatsby. He also was a lifelong party-hopper. Instead of settling down, Fitzgerald spent time in New York, France, Switzerland and all over the U.S. He often stayed at hotels that had bars, living a glamorous life of boozing and turning up. Frats typically have formals — can we nominate Fitzgerald as the party planner?

The next time you underestimate a bookworm's frat star potential, keep these writers in mind. Because let's be real, these eight could most definitely take down any modern-day frat boys in a keg race.