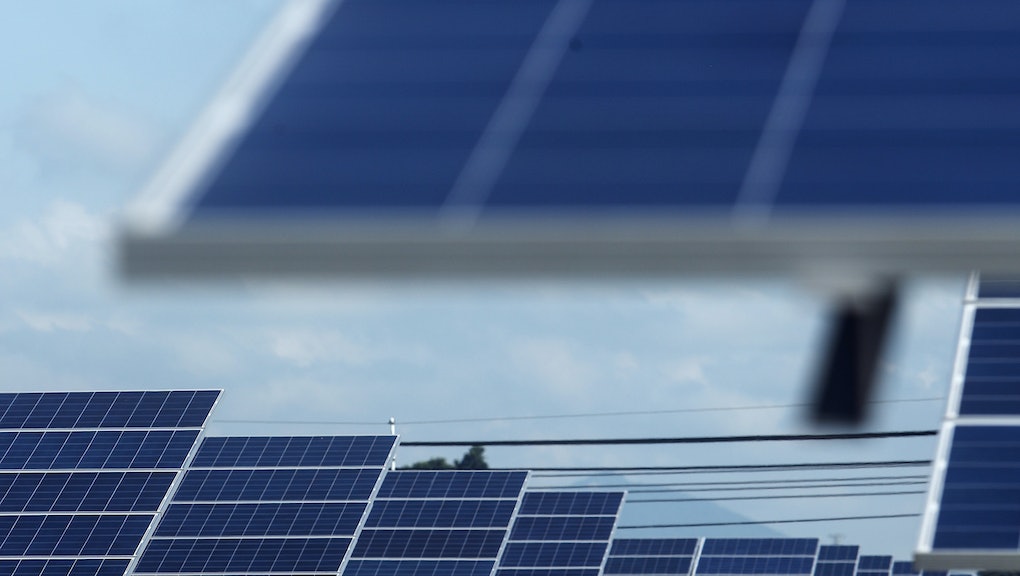 Forget Fracking: Solar Power Actually Has a Bright Future in the US

The news: If current trends hold, in just a couple of years, solar power will no longer be a niche market limited to well-off, eco-conscious people: It will become a mainstream method of energy production.

That's the argument made by a new Deutsche Bank report published this week, which projects that the U.S. will reach solar grid parity in 47 states by 2016, meaning that solar electricity will be just as cheap, or even cheaper, than average electricity-bill prices from conventional energy sources.

There is already grid parity in 10 states, which are responsible for 90% of U.S. solar production. But as rooftop solar stations become more efficient and cheaper for consumers, this number is expected to increase drastically in the near future:

There is a catch. Deutsche Bank's estimates are based on the assumption that the U.S. will keep its 30% tax credit on the cost of installing solar panels. As of now, that regulation is set to expire in 2016. But even if the tax credit was set at 10%, the U.S. is still expected to reach solar grid parity in 36 states by 2016.

What does this mean? While alternative energy methods such as fracking remain controversial, there has been a lot of momentum toward renewable energy. Last month, the city of Burlington, Vermont, became the first city to reach 100% renewable energy — using biomass, wind, and hydroelectric sources — to meet the needs of its 42,000 residents without any rate increases. And as solar becomes a more viable option, it will play a bigger part in the push for renewable energy.

With electricity prices rising across the country at the fastest pace in years, cheaper solar energy might provide the relief we're looking for.