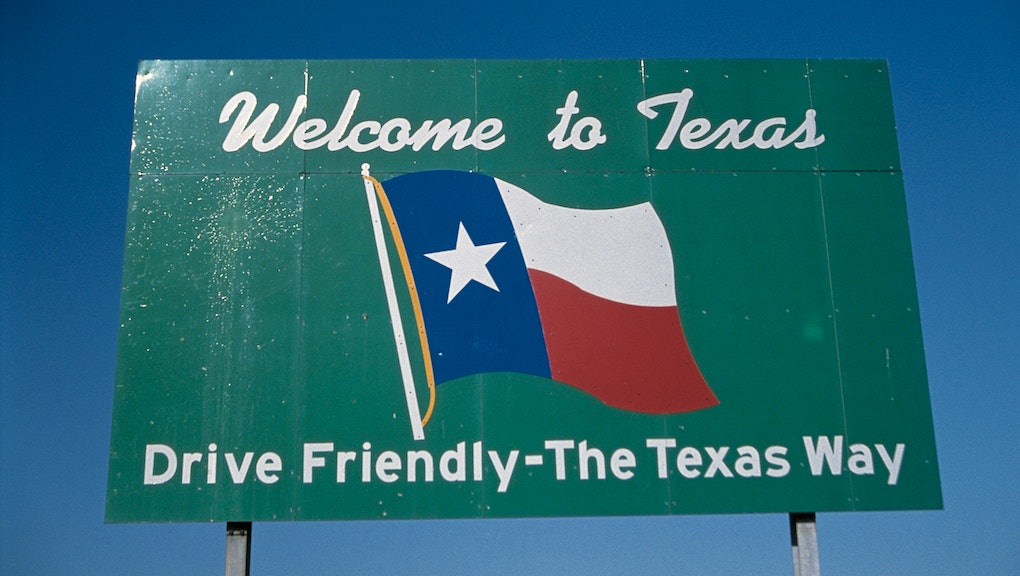 LGBT Candidates in Texas Are Changing The Game in Texas

This election season, a record number of openly LGBT candidates will be on the ballot in Texas. Two are running for Congress and six more, two of them up for re-election, are campaigning for seats in the Texas state legislature.

The best part? At least two of the most high-profile candidates say that their sexuality has not been an issue, even in hard-fought campaigns.

"No one has said anything negative about it," Louis Minor Jr., a Democratic congressional candidate and Army veteran, told the Texas Observer. "Some of the religious organizations have said they don't agree with it, but they still support me. I haven't really even heard much from Republicans about it. I think that's a sign of the way things are heading. Things are changing, and I'm glad to be part of it."

Long time coming: For more than a decade, Texas been the focal point for liberal attacks on the perceived backwardness of conservative thought, specifically its place within the Republican Party. Those divisions widened during George W. Bush's eight years in the White House. The political arm of his administration championed a series of deeply cynical efforts to combat marriage equality, mostly, critics say, to get his firm base of evangelical voters to the polls.

Democrats, despite some optimistic projections — and a national star in abortion rights hero and State Sen. Wendy Davis running for governor — haven't made much progress in turning Texas "blue."

But the national trend toward acceptance of LGBT folks has taken root in Texas, too. The generational shift, along with natural partisan inclinations, is on full display when candidate Minor, who is 35 years old, discusses his own family's experience campaigning along with him.

"My father's always been around people that speak negatively about gay people, the religious groups, the Republicans, and stuff like that," Minor told the Observer. "Now that I've taken my dad out of that and brought him to some Democratic events where people do not care — they're very vocal about it — he saw another side to it, so he's definitely more accepting."

"If I have one takeaway from this election — opening my dad's mind — it's all worthwhile," he said. "If my dad can change, I know other people can change."

More work to do: The numbers are encouraging, but Texas, like the rest of the country, still has a long way to go. The Gay & Lesbian Victory Fund, a Washington-based political action committee, counts 512 out elected officials across the country. In Texas, the second most populous state behind California, according to the 2012 Census, there are just 12.

But openly lesbian State Rep. Celia Israel, an Democrat in liberal Austin, says that the situation will improve as her increasingly diverse set of colleagues get to know each other on a personal level.

"They're very warm, they're very friendly and they're very grateful," Israel told the Observer. "I'm saying, 'I respect you and I'm hoping that you'll respect me,' and ultimately we end up hugging one another and talking about football, and lord knows lesbians love to talk about football."

Whatever works. The way we speak about LGBT issues in this country, though a far cry from where we'd like it to be, is improving. The "arc of the moral universe is long," as the Rev. Martin Luther King Jr. said so many years ago, "but it bends toward justice." Now, finally, we're beginning to see it in one of the places you'd least expect. And that's something we can all celebrate.