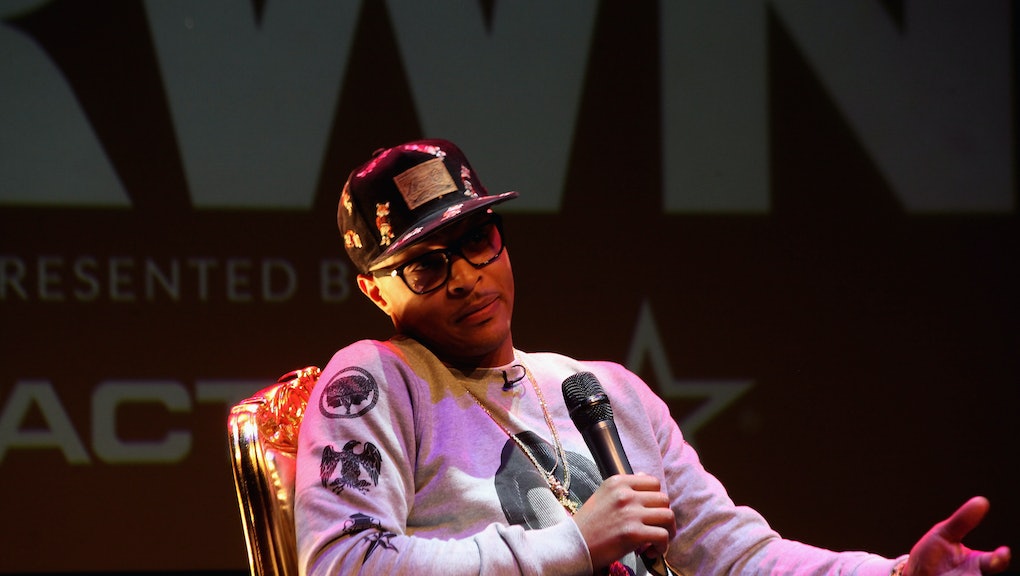 T.I. Weighs in on the Nicki Minaj and Iggy Azalea Feud

Nicki Minaj and Iggy Azalea have been at odds for a few months now. It started when Minaj made disparaging comments about Azalea not writing her own music, and it ended a few days ago with Iggy's label boss, T.I., giving the most despicable explanation for the tension between the rappers: "Women can't get along."

The rapper and Iggy Azalea-mentor came up with the brilliant explanation in a live interview with Elliott Wilson. This is a horrible, frequent ploy in mainstream American culture: The media is constantly pitting successful women against each other, as if only a few women can "make it." Maybe Iggy and Nicki can't get along, and that's fine, but broadening that to encompass to all womankind is sexism in one of its purest — and most common — forms. Taylor Swift recently discussed this media phenomenon in an interview on the French Canadian television show Tout le Monde en Parle.

"I think when it comes to females in the media, you'll see something that kind of upsets me, which is that females are pinned up against each other, more so than men," she said, "One thing I do believe as a feminist is that in order for us to have gender equality we have to stop making it a girl fight, and we have to stop being so interested in seeing girls trying to tear each other down. It has to be more about cheering each other on, as women."

T.I.'s comments drive home Swift's points in a big way. Minaj and Azalea seemed close to striking a tenuous peace before Tip opened his big mouth, and this remark will do nothing but add fuel to the fire. He also speculated that they might still bury the hatchet nominally and collaborate soon. It would be such a brilliant piece of irony if Azalea and Minaj both came forward with a collaboration calling out T.I. and the rest of our sexist media. They could call it "Can't Get Along" and put some other "bitchy" divas on the hook. This could be a career-defining moment — the ultimate proof that men aren't writing all the songs, anyway.