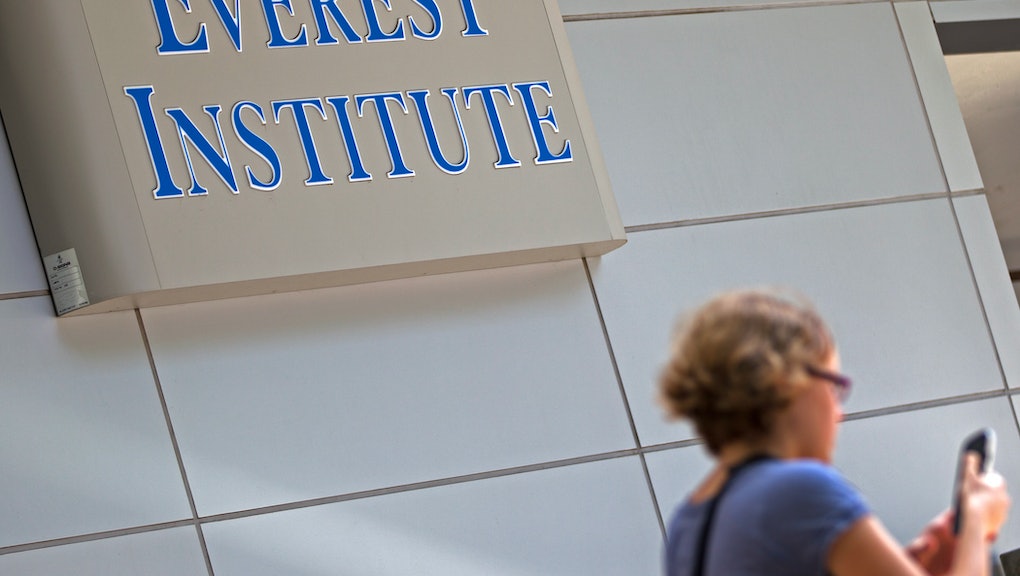 For years, students at for-profit colleges have been racking up huge debts only to find that their diploma isn't as lucrative as they were promised. The Obama administration is hoping to change all that with a new crackdown on the for-profit education sector, which could help keep college students from leaving school with crippling amounts of debt and stem the growth of America's student debt crisis.

Under the rules announced Thursday, programs will have to show the government that a typical graduate doesn't have an annual loan payment of more than 20% of his or her discretionary income or more than 8% of total earnings, according to the Associated Press.

In the past, colleges have enrolled students, often low-income, with promises of pre-professional training, then leaving them with nothing but debt. Now, if a school or program can't meet that standard, they can say goodbye to federal student aid, which is often vital to keeping them afloat.

The impact: The administration is expecting 1,400 programs serving more than 840,000 students will fail the new benchmarks and lose funding in the process.

While just 11% of students go to for-profit schools, they take up a much higher rate of federal loans (and ensuing defaults). A 2012 study found that the average for-profit college student graduates with a median debt of $32,700, compared with just $20,000 for the average public school graduate.

This is despite many for-profit degrees being comparable to those from a much cheaper community college — or worse. Some of the biggest for-profits are the subject of state and federal lawsuits for predatory practices.

Student debt is a huge problem nationwide, at it surpassed $1 trillion last year. For-profit schools just happen to be a disproportionately large part of that picture.

The response: The for-profit sector is not pleased, with the president and CEO of the Association of Private Sector Colleges and Universities, Steve Gunderson, calling the measure "nothing more than a bad-faith attempt to cut off access to education for millions of students who have been historically underserved by higher education."

But this isn't the first time the federal government and for-profit schools have squared off in this way. The for-profit college industry got a similar measure in 2011 thrown out by the courts because the standards were deemed arbitrary.

The administration had to drop some stricter regulations in order to keep the new measure from meeting the same fate, angering critics who want an even bigger crackdown in the process. But any new rule that leads to fewer young people defaulting on their loans is probably a pretty good deal.