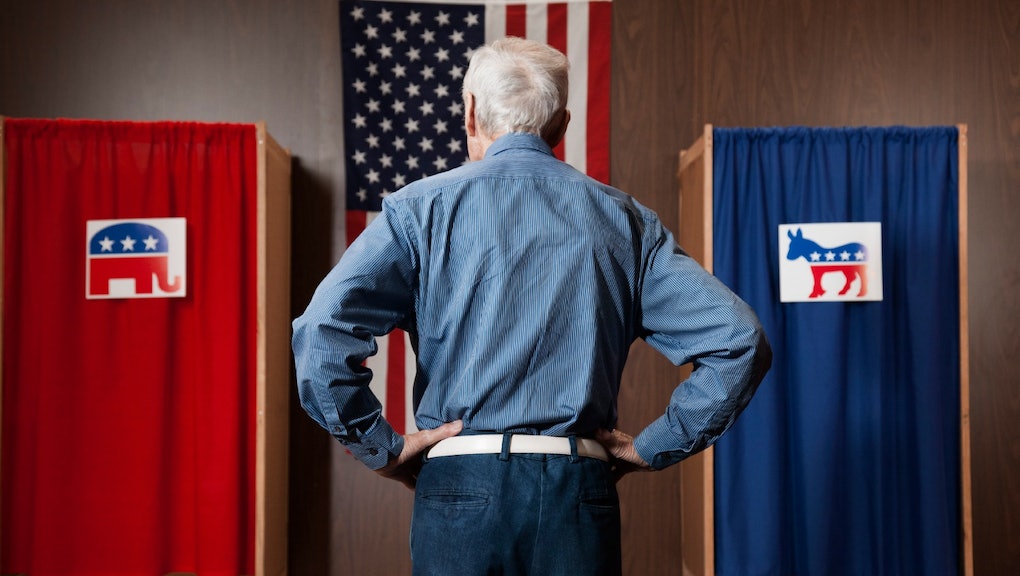 Americans Don't Really Know Anything About America, According to a New Study

The news: According to a massive new survey, Americans don't know anything about their country.

Ipsos Mori polled thousands of people from developed nations around the globe, asking simple but informative questions about issues like the teenage birth rate or how many residents of their country were immigrants. The results were bad for everyone, but particularly terrible for the United States, which ranks No. 2 in their "Index of Ignorance," just behind Italy.

The background: The Ipsos poll found that many countries have a skewed understanding of how their societies work. For example, the British think 16% of all teenage girls ages 15-19 give birth each year, when the actual figure is only 3%. Similarly, they significantly overestimate the percentage of Muslims in the United Kingdom, believing that 21% of British people are Muslim when the actual figure is 5%.

The only thing the U.S. got right was the percentage of people who vote, 57-58%, and life expectancy, around 80 years.

Alarmingly, the U.S. is ranked second on the "index of ignorance," following only Italy. The U.S. lags far behind countries like the U.K., Japan and Sweden, the last of which consistently exhibits high confidence in its political system.

Why you should care: As the Guardian points out, the key fact to take away from the study is that "you are probably wrong about almost everything." But these false assumptions can have an outsized impact on the way we think, and vote, about the policies that shape our nation.

"The real peril of these misperceptions is how politicians and policymakers react," Ipsos Mori's Managing Director Bobby Duffy told the Guardian. "Do they try to challenge people and correct their view of reality or do they take them as a signal of concern, the result of a more emotional reaction and design policy around them? Clearly the ideal is to do a bit of both – politicians shouldn't misread these misperceptions as people simply needing to be re-educated and then their views will change – but they also need to avoid policy responses that just reinforce unfounded fears."

Think about another major issue poorly understood by many Americans: the Ebola virus. Despite the near-unanimity among scientists that there is little to no chance of a widespread Ebola outbreak in the United States, polling consistently shows Americans both are concerned about that possibility and back the scientifically unfounded idea of a quarantine. Both a Republican (Chris Christie) and Democratic (Andrew Cuomo) governor have rushed to implement quarantines and politicized the issue while doing so.

Of course, people can be well-informed about the nature of the U.S. and still have reprehensible opinions. But the latest results indicate that the U.S. does not rank well on understanding the social and political realities of the day compared with many of our neighbors. If democracy depends on an informed and engaged body politic, Americans have a long way to go in terms of fulfilling their end of the social contract that underlies this American experiment.