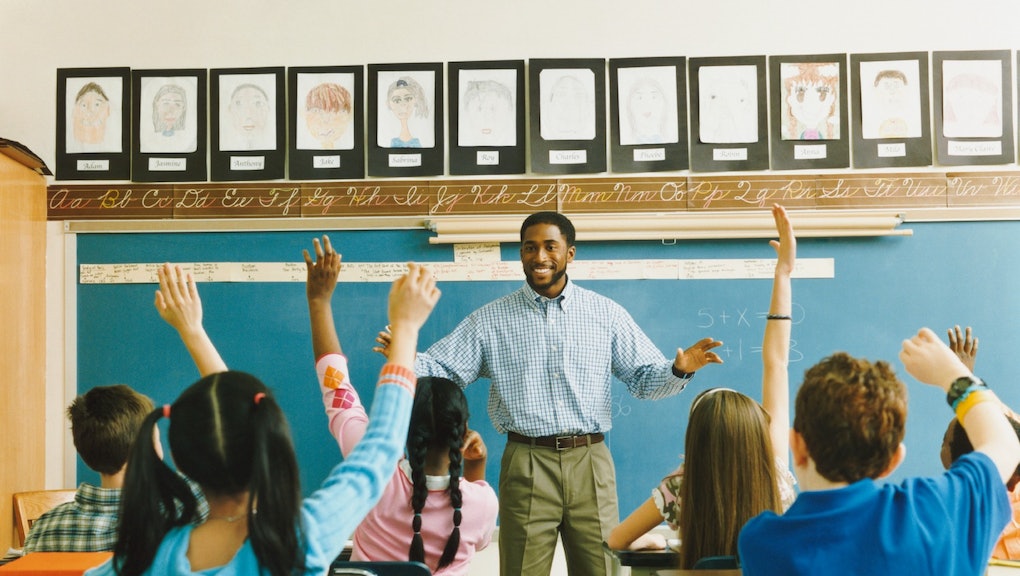 The news: Our country is starting to value prisons more than it values schools:

That's the takeaway from a new report from the Center on Budget and Policy Priorities (CBPP), which examined state general fund spending between 1986 and 2013. When they compared education spending with corrections spending, the CBPP found that state spending on corrections has increased by 141% in the last three decades, while spending on grades K-12 had only increased by 69%, just under half as much. Spending on higher education rose 5.6% over the same period.

Corrections spending is increasing at such a rate because the U.S. prison population is soaring. One quarter of the world's prisoners are in the United States. In fact, Mississippi alone imprisons more people per capita than Russia and China combined.

It's important to note that despite the ever-increasing number of prisoners working their way through America's prisons, overall state education spending ($270 billion) is currently higher than corrections spending ($52 billion), and at this rate, it will take just over a century for states to end up spending more on corrections than on education.

But the growing trend of states favoring corrections spending over education should still alarm taxpayers.

States are finding more and more money to pump into corrections while education budgets are slashed across the country. A separate CPBB study found at least 30 states have cut education funding since 2008.

This is disastrous because, as the CPBB points out, "high levels of incarceration impose significant human and economic costs" and ultimately increase poverty.

"Prison has become the new poverty trap," Harvard sociologist Bruce Western told the New York Times. "It has become a routine event for poor African-American men and their families, creating an enduring disadvantage at the very bottom of American society."

By "enduring disadvantage," Western means a self-perpetuating cycle. One in 4 black children will have a parent who is imprisoned at some point. Because of this, their family's income will suffer, leading to a grinding cycle of poverty.

The takeaway: The United States is funneling money into the wrong side of the school-to-prison pipeline. Instead of building up our schools so that we don't need as many prisons, states are building up our prisons do deal with the consequences of underfunded schools.