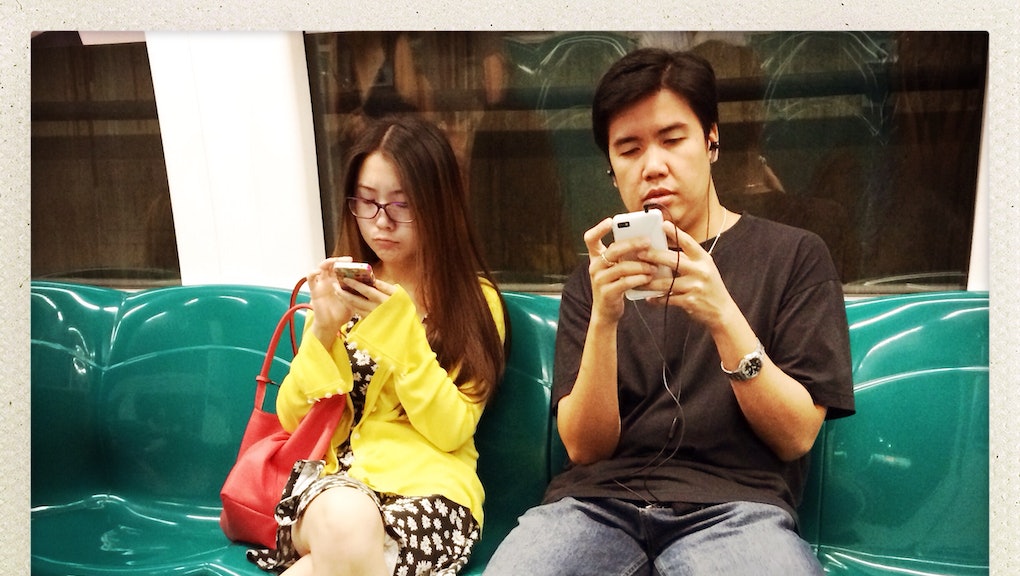 Unless you're a news junkie masochist looking to get into a political throwdown, you're probably going on Facebook these days to stalk — "Facebook stalk," as it were. We so often use the social platform for tracking down people hovering vaguely in our social circles, from that girl we went to high school with to the babysitting charge who's all grown up now and playing beer pong.

And, of course, potential love interests. Which is why it makes perfect sense that, according to a new New York Times profile, Tinder has eclipsed Facebook in sucking time from our days. According to the article, entitled "Tinder, the Fast-Growing Dating App, Taps an Age-Old Truth," Tinder users log onto the app on average 11 times a day, which "can add up to 90 minutes each day."

Sure, Facebook has a bigger and more diverse user base, which means a wider array of user behaviors, including time spent on the site. (Facebook boasts 1.35 billion monthly active users, while Tinder has about 14.1 million.) But the unique appeal of Tinder, the New York Times suggests, is its simplicity: Browsing people based exclusively on how they look. No profiles to read, no questions to answer, no information you don't need. In short, it gives us exactly what we want out of Facebook. A Pew study from February 2014 found that a top reason people logged onto Facebook was to "see photos or videos"; the thing users said they disliked most about Facebook was "people sharing too much information about themselves."

In other words, we want more photos, less of everything else. Which is just one explanation as to why Tinder currently occupies  90 precious minutes of our days.