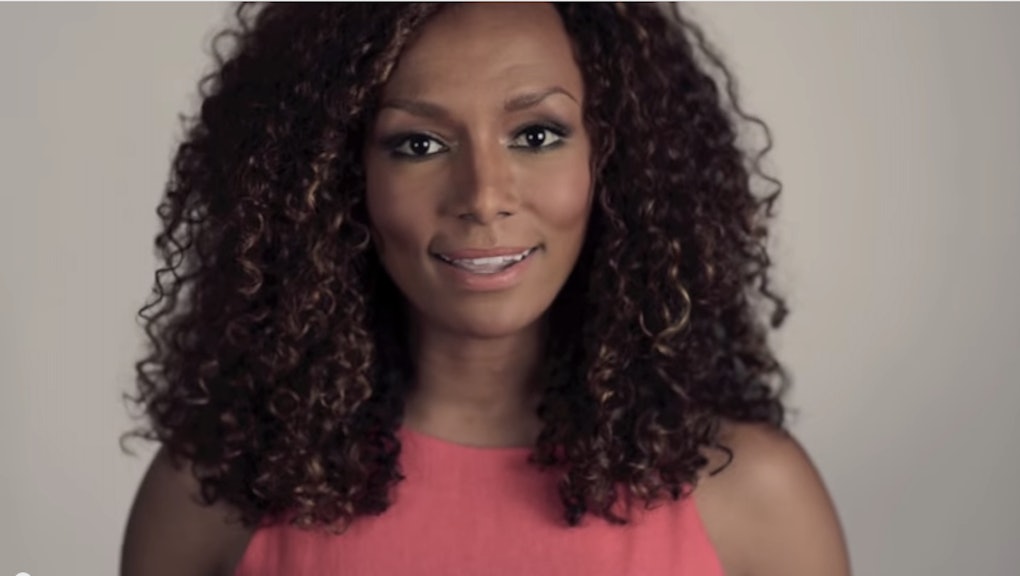 For trans Americans, voting can be an arduous process. But with the midterm elections just around the corner, the National Center for Transgender Equality just released the PSA "Voting While Trans" to prepare the group, which is arguably the most vulnerable to discrimination by voter ID laws, to vote Tuesday.

Featuring cameos by trans activists like Janet Mock, Laverne Cox, Mara Keisling, Ignacio Rivera and Kit Yan, the PSA reminds us that people of all genders over the age of 18 have the civic right to vote. Yet voter ID laws coupled with the legal bureaucracy of simply being trans have made that right a legal nightmare.

A report this year by the Williams Institute showed 24,000 trans people are without updated voter identification. Some states have even blocked trans people from voting if they have not completed gender reassignment surgery.

Not to mention, as Mock explains, the act of voting itself can be a highly uncomfortable experience for a trans person: "Voting while trans means that some of us are gawked at by poll workers."

This sentiment reflects that fact, as Rock the Vote President Ashley Spillane wrote for Mic:

"Many transgender voters associate the voting process with fear and anxiety ... [They] are often met with resistance and pervasive judgment at the polls. Forty-one percent of National Transgender Discrimination Survey (NTDS) respondents reported being harassed when presenting gender-inaccurate ID, while 15% of respondents were asked to leave the venue altogether. A small percentage of respondents (3%) even reported being physically attacked at the polls, simply for showing up."

"Voting while trans" means that trans people are shouldered with the responsibility to make sure they have all the information they need to protect their right to vote. To this end, the National Center for Transgender Equality also created a "trans voter checklist" so that members of the trans community can be prepared to vote on Election Day: