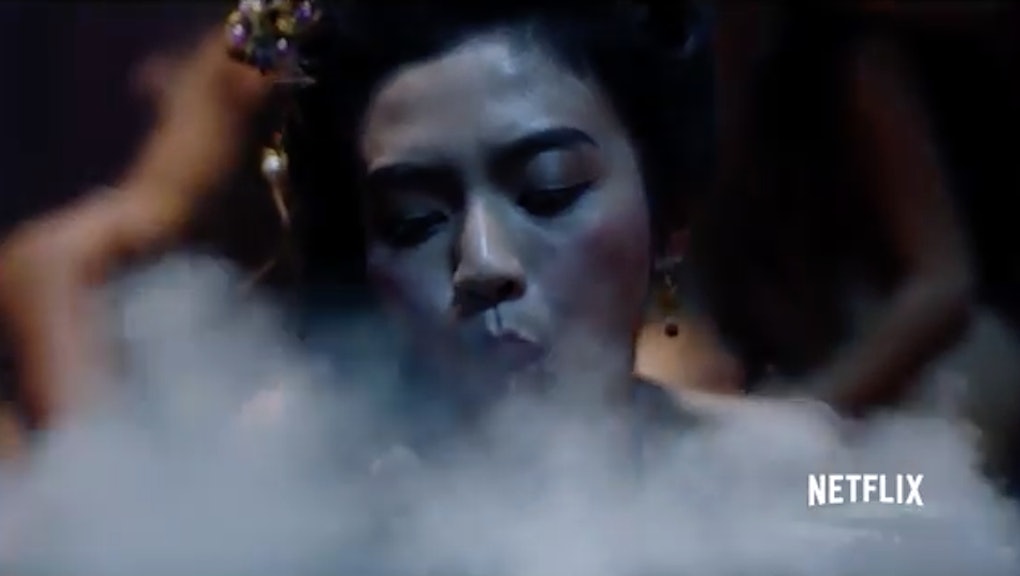 Netflix's Newest Series Will Have Asian Viewers Rolling Their Eyes

Marco Polo. Not quite the Christopher Columbus of Asia, but similar idea: Before him, no puffy-sleeved white guy had traveled the continent and come back with such detailed accounts of Europe's neighbor to the southeast. Of course this makes him very important. And though Polo's journey did not lead directly to war and genocide, it did prompt a truly awful-looking new series coming to Netflix on Dec. 12.

Following in the footsteps of such popular offerings as House of Cards and Orange is the New Black, the trailer for Marco Polo is here. And in the grand tradition of Dances With Wolves and The Last Samurai, it promises a sweeping, sumptuously rendered look at a non-white culture through the only perspective Hollywood seems capable of privileging consistently: a white one.

That's only half the problem: The Netflix iteration of Polo's travels looks so steeped in Orientalist stereotypes it's hard to stop rolling your eyes. From mysterious women flitting about shadowy doorways to what appears to be — as Angry Asian Man points out — a naked guy doing some kind of aerial kung fu move, Polo's "greatest adventure" is so heavy on gongs, swords and silk-clad women blowing opium powder into the camera it's a shock the soundtrack isn't just a rehash of the "Asian riff."

Background: In 2008, the Media Action Network for Asian Americans put together a helpful list of the limiting ways Asians are represented in the American media. It was meant to "encourage Hollywood's creative minds to think in new directions," but it also serves as a damning indictment of how unimaginative the industry remains when it comes to rendering these characters.

"For decades, American entertainment media have defined the Asian image to all the world," the report reads. "And usually, that image has been shaped by people with little understanding of Asian people themselves — and with little foresight into how such images would impact the Asian-American community."

Marco Polo seems to have missed this memo entirely. The pattern it perpetuates is decades in the making — ever since the "yellowface" heyday of Fu Manchu in the 1930s, Hollywood has correlated Asian-ness with an "Otherized" exoticism, usually with sinister or mysterious subtexts. Not only does this violently narrow the diversity of Asian cultures and histories, it does so in a way that's consumed by millions of people around the world, thereby etching its ignorance onto the popular imagination.

And considering recent tries to introduce more diverse Asian characters into the pop culture sphere — from Marvel Comics' Cindy Moon to ABC's Fresh Off the Boat sitcom — one would hope for a more enlightened media offering in 2014.