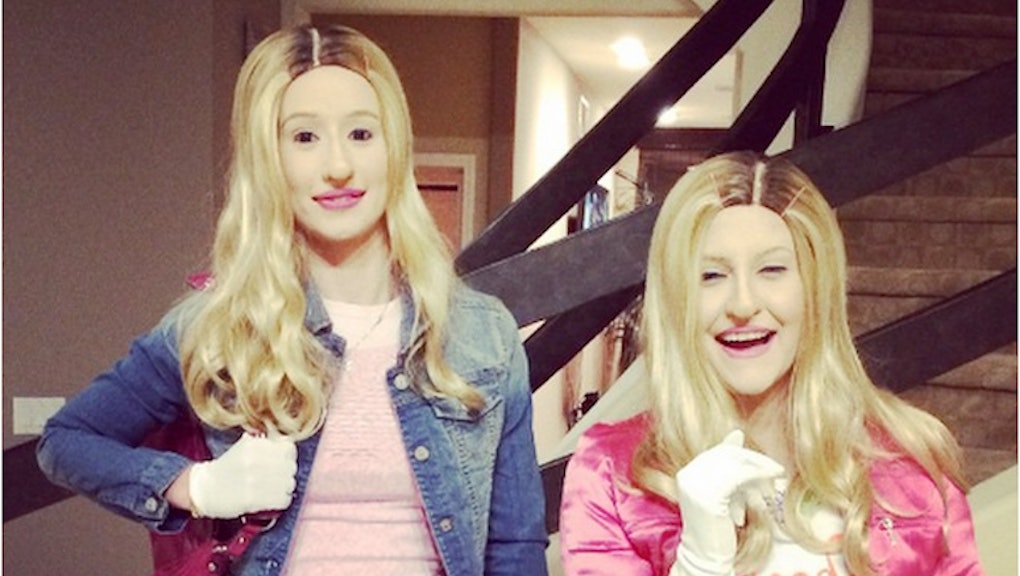 Usually, Halloween is a time for trick or treat, but this year Australian rapper Iggy Azalea got a bit of both.

Back in mid-October, Snoop Dogg got into a pretty heated social media war of words with Azalea that escalated to an expletive-laced video post and this Instagram post comparing the female rapper to Shawn and Marlon Wayans' "white-face" characters in the 2004 buddy-cop film White Chicks.

A few more tweets and Instagrams were sent in each other's way, but the feud mostly calmed down when fellow rapper T.I. finally called out Snoop and got him to apologize to Azalea.

The whole thing seemed to be put to bed, that is, until Azalea chose to embrace her "lighter skin" for her Halloween costume this year. Say what you will about Azalea or her music, but this is a pretty great way to stand up to a bully. Instead of letting the attacks get her down, she embraced them for all they were worth.

And now with Demi Lovato.

Azalea could have just let the whole thing go, but as anyone who's been bullied knows, suppressing the feelings and emotions brought on by bullying — no matter how severe or traumatic — can be dangerous and unhealthy. Instead, she let the world know that she was affected, but took the bullying in stride.

In other words, nice try haters.