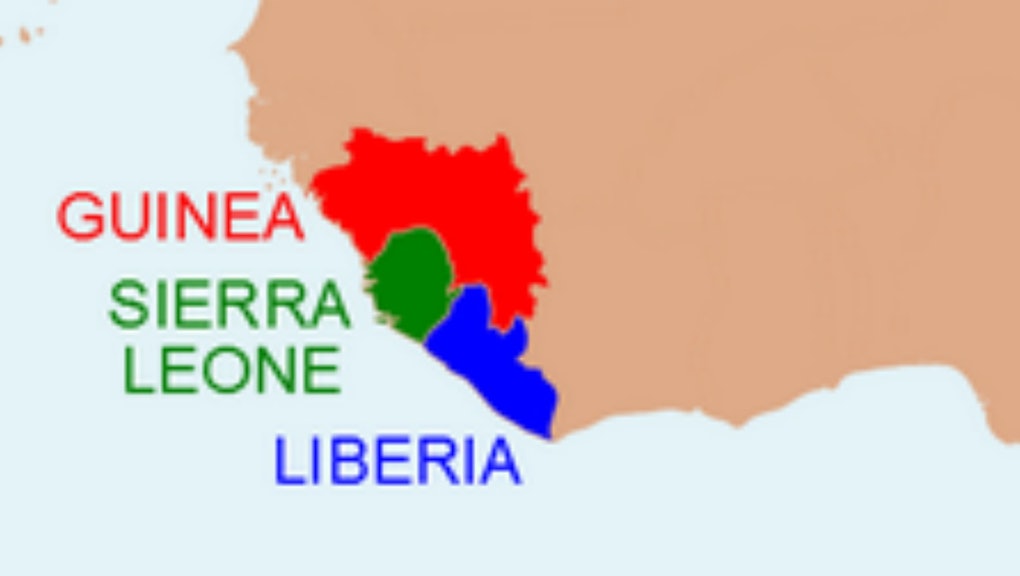 The news: Every day, the death toll in Africa from the ongoing Ebola epidemic continues to rise: According to the latest estimates by the World Health Organization, the virus has claimed almost 5,000 lives and infected 13,500 people since the beginning of the year.

And as the ensuing media hysteria demonstrated, a lot of people seem to not understand how Ebola works or where the outbreak is currently taking place. The knee-jerk reactions, including misguided calls for border closures and blatant displays of xenophobia, have earned the label "Ebola racism," but perhaps a quick lesson in geography can help.

Currently, Guinea, Sierra Leone and Liberia remain the hot spots for Ebola, and things are turning around even there, with only about 30 dying from the disease in the week prior to Friday. And if you need a refresher, these three countries compose just a tiny part of the African continent:

There have been ridiculous incidences of Ebola racism in recent weeks. These include a New Jersey elementary school that asked two students from Rwanda to stay at home and hundreds of parents in Mississippi who pulled their kids out of school because the principal attended his brother's funeral in Zambia. These examples are despite the fact that both countries are thousands of miles away from West Africa and have not reported a single case of Ebola.

"Ignorance & misinformation is a big problem with Ebola. So a clueless Kentucky school causing the resignation of a teacher because she spent time in Kenya is just idiocy," Anthony England, who created the map above, wrote in an email to the Washington Post. "And that idiocy leads to fear which leads to people like Chris Christie implementing nonsensical anti-science quarantine restrictions. Ebola in the U.S. is becoming a farce."

We are finally seeing some good news about Ebola. In the past couple of weeks, both Senegal and Nigeria have been officially declared Ebola-free, limiting the hot zone to Liberia, Sierra Leone and Guinea.

Right now, West Africa is averaging around 1,000 new Ebola cases per week. Although WHO projected earlier that the number could jump as high as 10,000 per week very soon, the rate of new cases seems to have leveled off.

On top of this, it's important to remember that the best way to keep the U.S. safe is to stop the epidemic at its source. Simply put, this means more resources and volunteers and fewer knee-jerk reactions that have little grounding in actual science.