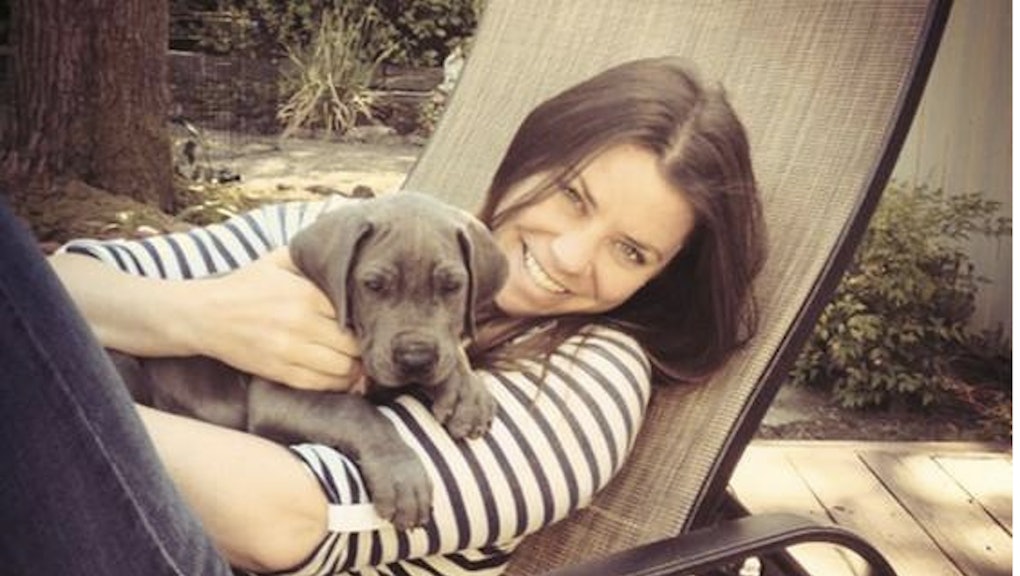 "Taking the power back" is the ultimate feminist act.

Brittany Maynard's decision to end her life Saturday at home in Portland, Oregon, caught the attention of many Americans since she announced her decision earlier this year. While much has been said about the terminally ill 29-year-old's advocacy on behalf of the right-to-die movement, her choice also can be viewed through the filter of feminism: Maynard represented a woman taking control over her body and making decisions for that body that were best for her — and, ultimately, for her loved ones.

Maynard's explanation to die echoes the rhetoric pervasive in feminist discourse about "choice."

"I have been in charge of this choice, gaining control of a terrifying terminal disease through the application of my own humane logic," she wrote in a blog post Oct. 23.

Similarly, in an op-ed for CNN, Maynard asked, "Who has the right to tell me that I don't deserve this choice? That I deserve to suffer for weeks or months in tremendous amounts of physical and emotional pain? Why should anyone have the right to make that choice for me?"

"A woman's right to choose" is the catchphrase usually applied to the pro-choice, feminist fight for reproductive rights. Equality politics provides humans with certain unalienable rights — one of these rights, feminists argue, is a woman's right to control her body. This is the argument Maynard articulated in the media.

In effect, through her experience Maynard has expanded this feminist argument about "choice" to include the right to die.

"Individuals in such situations often feel hopeless, helpless, angry, sad, depressed, anxious, afraid and more," Stacy Kaiser wrote for HLN. "When I see and hear the messages that Maynard is putting out into the media, I see and hear a woman who feels as if she's taken some power back."

This was precisely Maynard's objective. Her choice was an ethical one for both herself and her family.

"Because the rest of my body is young and healthy," she observed, "I am likely to physically hang on for a long time even though cancer is eating my mind. I probably would have suffered in hospice care for weeks or even months. And my family would have had to watch that. I quickly decided that death with dignity was the best option for me and my family ... I did not want this nightmare scenario for my family, so I started researching death with dignity."

In this way, what has long been stigmatized as a selfish act was ultimately the most selfless. Maynard wanted to preserve her humanity; she did not want to suffer, and she did not want her love ones live through her suffering. Maynard's act of self care is ironically tragic, but it also, like all feminist acts, was decided with a larger community in mind.

We can all pay it forward by expanding the feminist movement to include every facet of a "woman's right to choose" when the choice concerns her body. Allowing women to control their own bodies is one of the quintessential aims of the feminist movement. Expanding our focus beyond reproductive rights to include the right to die establishes a broader, more powerful coalition movement and breathes new life into feminism.