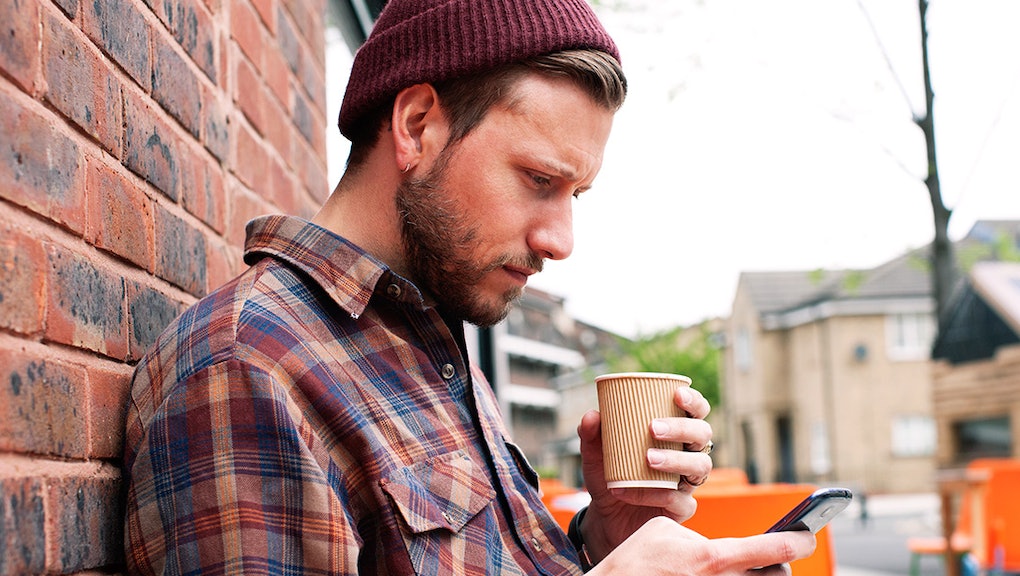 The Mathematical Reason All Hipsters Look the Same

Ever wonder why any moderately hip town is packed with flannel-wearing cronies who chug PBR and pride themselves on being super unique, even though they're all pretty much the same? Now there's an answer, with the science to back it up.

Jonathan Touboul, a mathematical neuroscientist at the Collège de France in Paris, has developed a mathematical equation that purports to explain why hipsters trying to look different from one another end up doing the exact opposite. According to Toubol's findings, a group of interacting individuals that attempts to counter the majority ends up doing the same thing because there's not enough time to forecast what everyone else is going to do to be "different."

In "The hipster effect: When anticonformists all look the same," Touboul argues that statistical physics explains how the anticonforming unintentionally become the expected. Although we all suspected that any one locally sourced-coffee-sipping hipster is pretty similar to another, Touboul puts it into scientific language:

"We show a generic phase transition in the system: When hipsters are too slow in detecting the trends, they will keep making the same choices and therefore remain correlated as time goes by, while their trend evolves in time as a periodic function. This is true as long as the majority of the population is made of hipsters. Otherwise, hipsters will be, again, largely aligned, towards a constant direction which is imposed by the mainstream choices."

So hipsters, looks like you'll have to pedal faster on your fixie if you're trying to stay ahead of the curve. Still, it's probably going to be a lost cause if everyone's hopping onto their cycles (bi- and uni-) at the same time.

Aside from applying his findings towards French hipsters, a particularly ironic crowd, Toubol believes his work could also shed light on correlations in other statistical models, such as making financial decisions like trading stocks against the majority trends to make serious profits.

While the study is full of equations and graphs that might overwhelm the general reader, it also includes some very interesting (and simple) tidbits. For example, in groups with "an equal proportion of hipsters and mainstreams," the whole group tends to switch trends randomly. Also, the ability to perceive trends in other people is proportional to your distance from them. Roommates, close friends and the usual crowd are all predictable parties, because those interactions happen every day. But showing up to a party full of randos is dangerous — there's a chance they'll all have the same beard-grooming or hat-wearing idea.

Science says fighting the norm just leaves you looking exactly like all every other trend-breaker. If there's no use in trying, you might as well enjoy that PBR while you can.