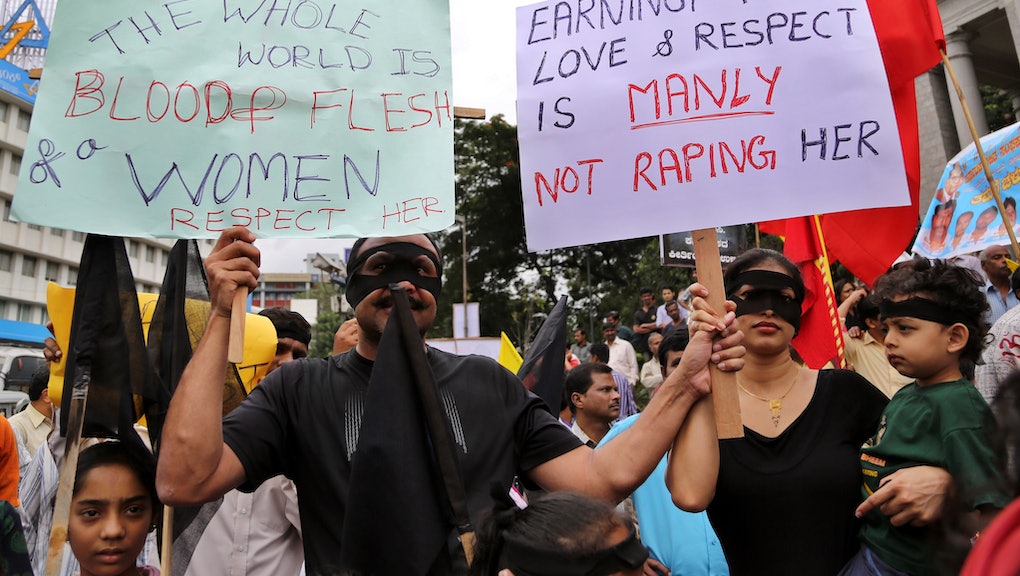 "I burned his genitals once, he screamed. I did it again, he shuddered."

That's how one New Delhi father described the actions he committed against his daughter's alleged rapist, the Indian Express reports. Furious over the alleged sexual assault of his 14-year-old daughter, a 36-year old father invited her attacker to dinner before tying the man to a chair, burning his genitals using heated tongs and strangling him to death.

"When I did it the third time, he did not move," the father reportedly told the police. "He was dead. I did not want to kill him."

The background: According to father's statement to police, the alleged rapist was a 45-year-old married medicine supplier and a family friend. The supplier visited the the home two months ago and, upon seeing that the home was empty, committed the alleged act.

According to the police report, the 14-year-old told her father about the incident immediately. He then spent the next two months planning his revenge, fueled by what police described as getting "furious whenever he saw the man happy with his family while his daughter was suffering."

Why it matters: In India, the brutal rapes of young women have recently garnered international attention. However, despite tougher laws against perpetrators, a victim-blaming rape culture continues to dominate much of the national conversation. The father's fear of generating "a bad name for his daughter" demonstrates just how deeply entrenched this problem has become in the country.

It's estimated that one rape is reported every 21 minutes in India, according to government data on crimes, Al-Jazeera reported. This crisis, once limited to local news reports, aroused international shock and outrage when a 23-year-old student was gang raped on a city bus in Delhi. She later died from sustained injuries. The incident sparked mass demonstrations and paved the way for more stringent laws against perpetrators. But laws have yet to turn the tide against sexual violence in the country.

In May, two girls, aged 12 and 14, were gang raped and found hanging from a mango tree near their home in Uttar Pradesh state. Two months later, a 6-year-old girl in Bangalore was raped in a school bus, again triggering a series of protests.

"Even though the laws are there, many people feel they can get away with anything, an attitude that some of our politicians have gone out their way to encourage," Ranjana Kumari, a prominent women's rights activist and director of the Center for Social Research in New Delhi, told USA Today.

Amid public officials' lackluster efforts, survivors of rape are refusing to wait for justice and are instead, fighting back. Red Brigade, a grassroots movement founded by survivors, trains young women to fight potential attackers.

While many are cheering the father's initiative and instinct to avenge his daughter, this brutal act proves that India has a long way to go to alter their culture enough to safeguard women in its male-dominated society.