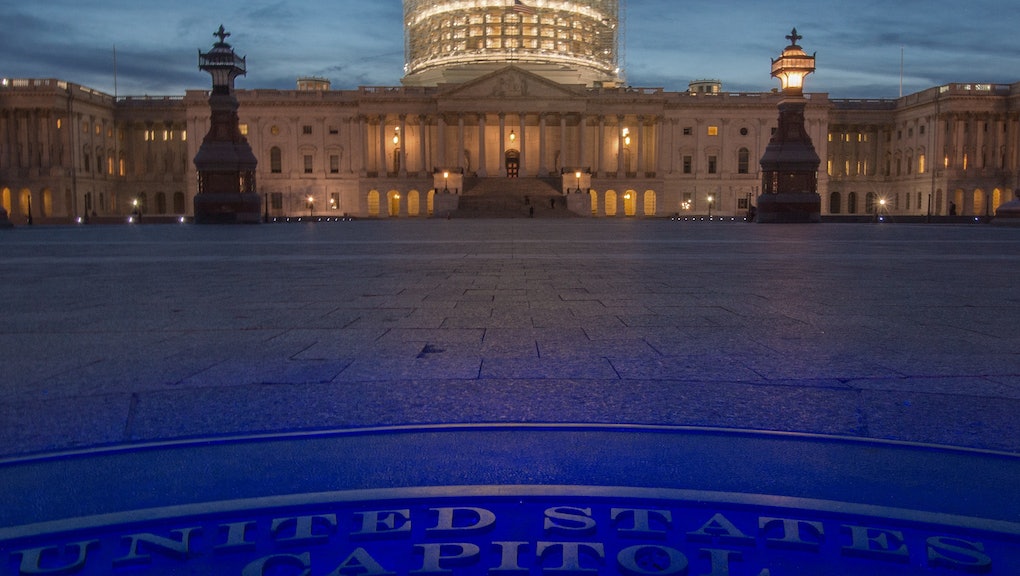 The GOP Just Won Control of the Senate. Here's Why It Won’t Last Long

At long last, the Republican Party has wrested control of the Senate from the Democrats. The GOP's victory was decisive, with wins in the key races that were needed to capture a majority in the upper chamber.

The alarmist cable news punditocracy (incidentally, a class of powerful people who never face accountability for its actions) has already begun to fulfill its "this changes everything" attitude toward anything that happens anywhere and has begun reading a dramatic eulogy for Obama. But the advantages reaped by the GOP's victory may be short-lived.

While the Republicans' performance Tuesday gives the impression of new strength, many of the factors that contributed to their gains in fact serve as a lens for understanding why they may not fare well in the 2016 elections. The answer lies mainly in looking at the bigger picture with demographics.

Senate Republicans face a much tougher map in 2016: While this year Democrats had to protect Senate seats in conservative states captured during the Democrats' sweep in 2008, in 2016 many Republicans will be vulnerable in states that are up for grabs or learn toward Democrats. This is because many of those GOP senators up for re-election in 2016 were swept into office on the tea party wave of 2010, when the political climate was much more favorable to Republicans.

In 2016, Republicans will be playing defense in those states. Given that the GOP has won a narrow majority, it could very easily slip back into the hands of the Democrats given trends in those states.

Different electorates: The demographic profiles of people who vote presidential election years and midterm election years are so distinct that they are essentially different voting bodies. As Ron Brownstein wrote recently in the Atlantic:

"Democrats have become increasingly reliant on precisely the groups most likely to sit out midterms, while Republicans score best among those most likely to show up. ... The consequences of these shifts are so profound that political analysts increasingly talk about two American electorates: the one that picks presidents (and has awarded Democrats the popular vote in five of the past six presidential races) and the one that determines midterms (which have usually favored Republicans since 1994)."

The older and whiter midterm electorate gave Republicans a boost this year, but young and minority voters will be out in much greater numbers in 2016, lending advantage to the Democrats once again. If you consider that minorities and younger voters are growing at a greater rate than other segments of the population, you can quickly see that this problem is only going to get bigger for the Republicans over time.

This could've been bigger: Election results are not just a matter of who won, but how they won. The relatively narrow margin of victory for Republican senators in key presidential battleground states suggests that Republicans didn't decisively capture the hearts and minds of vital swing voters when Obama's low ratings and widespread disaffection with Washington rendered them especially vulnerable.

In the New York Times, Nate Cohn argued in the run up to the election that the absence of Republican landslides in battleground states would signal missed opportunity.

"Democratic candidates would probably win Colorado, North Carolina, Iowa and Georgia — along with control of the Senate — if those who vote were as young, diverse and Democratic as they were in 2012 or will be in 2016," he wrote.

Control of the Senate is a double-edged sword: While many political observers are analyzing how Republican control of the Senate will alter the ways the two parties will clash with each other, just as important is how this development will create new incentives for potential clashes within the GOP itself.

Republican senators with their eyes on a potential 2016 run for the White House, such as Kentucky Sen. Rand Paul, will have different incentives for voting on big pieces of legislation than a conservative senator up for re-election in a blue state. Both will have different incentives than Mitch McConnell and John Boehner as they try to shepherd big bills through an unruly scene in Washington, with the hope of either compelling Obama to accept a conservative agenda or depict his vetoes as a symbol of how Washington never gets anything done.

The problem of varying incentives could manifest in different ways. Consider a scenario in which contenders for the presidency get so swept up in congressional Republicans' newfound power that they champion policies that excite the base at the expense of vital swing voters who must be courted in the next two years. The most obvious example of this is immigration legislation and the Hispanic vote.

The takeaway: The Republican takeover of the Senate does change things in Washington for the next two years, but broader demographic trends, hostile territory in 2016 and a Republican Party liable to over-interpret its mandate and veer from the discipline needed for its presidential performance could wash away the gains of this year.