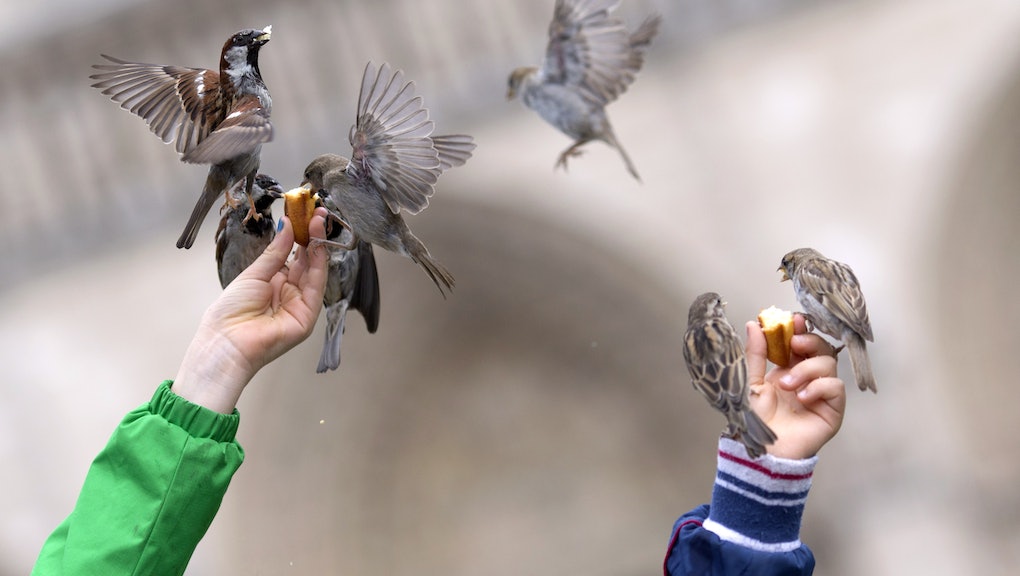 21% of Europe's Bird Population Has Completely Disappeared Since 1980

The news: According to a new study published in the journal Ecology Letters, Europe's bird population is under siege — and it's all our fault.

Researchers found that the continent now has 421 million fewer birds than it did in the beginning of the 1980s. After studying 144 species, they concluded that the number dropped from a little over 2 billion birds in 1980 to just 1.64 billion in 2009.

The species hit hardest by the decline may surprise you, however. Rare and endangered birds were largely left untouched; many actually increased in number. The species that suffered the most were actually the ones we see everyday — the house sparrow, the common starling, the Eurasian skylark, the willow warbler and the Eurasian tree sparrow are all in serious danger, Richard Inger, the study's lead author, told the Washington Post.

In all, roughly 90% of the decline struck the most common bird species.

Why is this? It might seem counterintuitive, but the decimation of common bird populations makes sense. "Efforts to slow [the destruction of biodiversity] have focused foremost on rarer species, which are at most risk of extinction," the study notes.

In other words, we've been so busy trying to protect endangered species that we've forgotten about our everyday avian friends, and they're paying the price.

However, the decline among more common species is actually a good indicator of overall environmental damage.

"Common species are widespread and their numbers are linked to the deterioration of the quality of the environment on a landscape scale," the paper's authors wrote.

More of the same: A recent analysis by the World Wildlife Fund and the Zoological Society of London found that 52% of the world's wildlife population has disappeared over the past 40 years. Most of that destruction, too, came from a single source: humans.

"We have lost one half of the animal population and knowing this is driven by human consumption, this is clearly a call to arms and we must act now," Mike Barratt, World Wildlife Fund's director of science and policy, told the Guardian at the time.

Richard Inger echoed this warning, telling the Washington Post, "It's a bit of a wake up call, really, that we need to start trying to figure out what's causing these declines, so we can look into ways of then stopping them and hoping to reverse them."