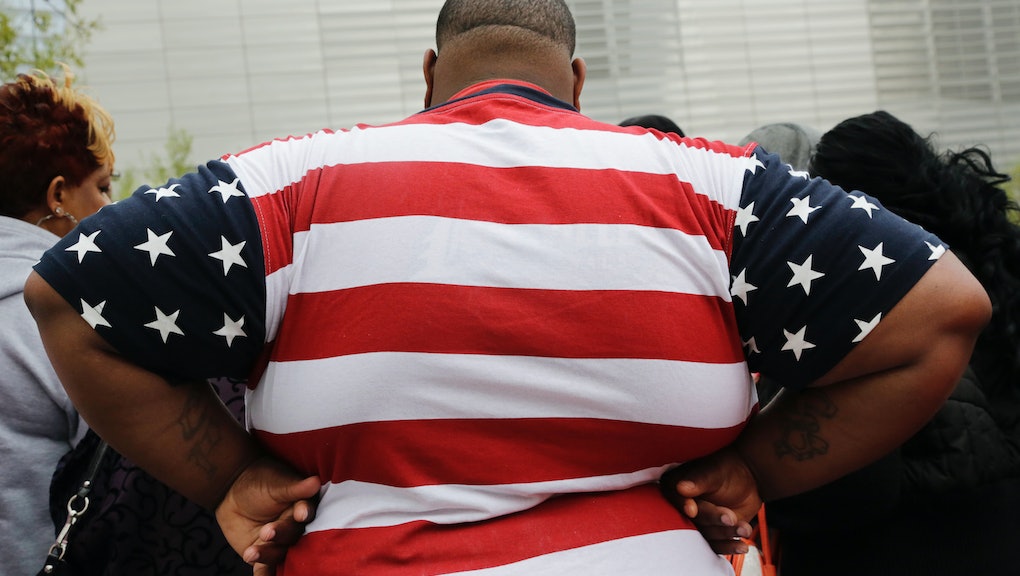 The news: While Americans have cut back on smoking, drinking and dangerous driving in the last 50 years, they're actually not living longer, thanks to rising rates of obesity and drug overdoses.

That's according to a new study from the National Bureau of Economic Research, which found that the gains from healthier lifestyle choices, namely with regards to cigarettes and alcohol, have been virtually wiped out by America's rising obesity rate.

The study: NBER researchers Susan T. Stewart and David M. Cutler combined a variety of national health surveys and calculated the impact of various adverse behavioral risk factors on American lifespans. They examined the effects of changes in six major behavioral factors — smoking, obesity, heavy alcohol use and unsafe use of motor vehicles, firearms and poisonous substances — between 1960 and 2010.

The good news: The researchers concluded that quitting smoking and driving more safely accounted for one-quarter of the increase in quality-adjusted life expectancy. All of those ads about the dangers of smoking must have paid off:

The bad news: From 1960 to 2010, these gains have increased the average American life spans by 1.82 years. But a slew of other factors have taken that back down by 1.77 years, meaning that the past 50 years of improvement in these categories has actually netted just a paltry 0.05 year increase.

There are two main culprits: surging obesity and drug overdoses. The number of obese and morbidly obese Americans has shot up significantly, with the percentage of the population with a body mass index greater than 30 increasing by 161%.

Then there are the overdoses, which have increased by 1,005%. Before you conclude Americans are taking up illicit narcotics like heroin in record numbers, the number includes an incredible quantity of prescription drug overdoses. In particular, there are prescription opioids, which are being prescribed at more than four times the rate they were in 1999. A recent surge in alcohol poisonings helped as well; the researchers pointed to recession binge-drinking and caffeinated alcoholic beverages as two likely culprits.

Why you should care: The numbers are not exactly reassuring, but don't get too discouraged. Americans are, like the rest of the world, living much longer lives on average than they were in 1960, thanks to improvements in medical knowledge, sanitation, public services and education. Considering these other factors, life expectancy in 2010 was 78.7 years, up nearly a decade from 69.7 in 1960.

It's discouraging that most of America's gains on smoking and driving safety have been wiped out by obesity, guns and overdoses. But the researchers point out that the massive success of anti-smoking programs and car-safety regulations and standards are evidence that we can tackle the other bad habits, too. All that's missing is the political willpower to stage "effective public health interventions" on the same scale.