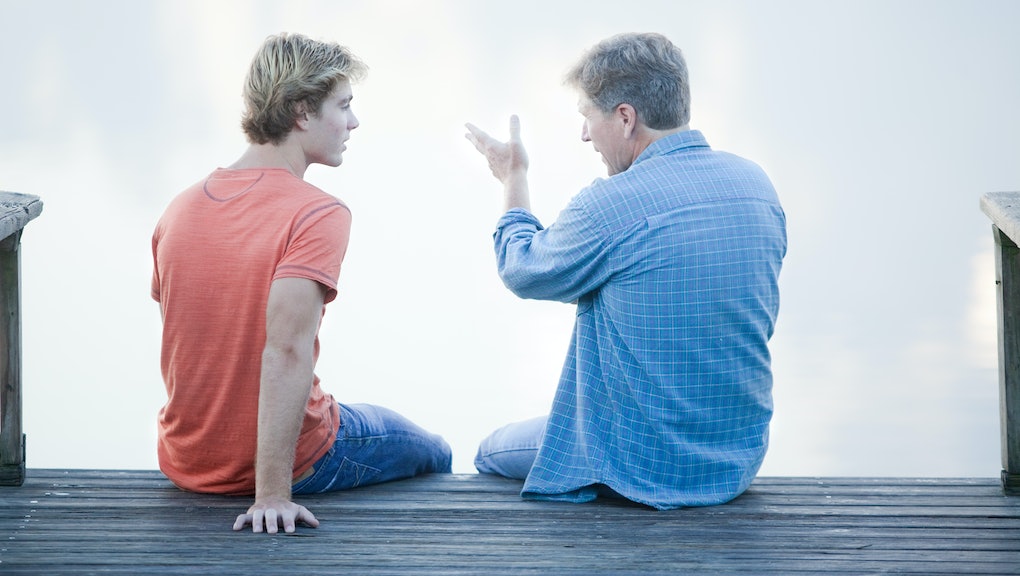 It seems every week we see another example of sexual abuse, rape culture or street harassment. Inevitably, each incident inspires a round of soul-searching, particularly surrounding American men and why they continue to engage in these problematic behaviors.

For example why, instead of a genuine dialogue about fostering supportive and empowering environments, is the rhetoric filled with victim blaming, shaming or outright denials? This is most recently seen in the horrible defense of catcalling that aired last weekend on CNN:

There is no one solution. The problem is rooted in how many people — especially men — were raised to understand gender and sexuality, both in the classroom and at home. For too long, the "birds and bees" conversation has been centered only on what sex is and how it functions. The dialogue now needs to shift to explicitly detailing how to be a responsible sexual adult.

Only when this dialogue evolves in mainstream America will there be a cultural and paradigm shift. And here's what such talk could look like:

Respect personal boundaries when expressing interest in someone.

We've seen it time and time again: Men harassing women on the street and attacking or even killing them if they don't respond in the desired manner. This kind of physical disrespect also spills over into online communities, where outright objectification has unfortunately become a mainstay on apps like Tinder and OkCupid, where men berate and insult those who dare to assert their personal agency or disinterest:

It's not a compliment to be treated like a piece of meat or policed for your body image, personal appearance or for not smiling all the time. Rather, such behavior creates a hostile, uncomfortable environment where one feels both violated and unsafe.

Consent is important, both for the other person and for you.

Under no circumstances is it OK for someone to continue making sexual advances or perform sexual acts if their partner is unwilling or doesn't freely and enthusiastically give permission. The logic that one is entitled to another person's body or to their sexual attention is the very same logic that undergirds abusive and sexually violent behavior, including rape.

There's both respect and pleasure in honoring consent.

It's never OK to physically or emotionally abuse an intimate partner.

Within intimate relationships — whether they be sexual, romantic or both — it's important to remember that each person is an individual in control of their own bodies, lives and personal choices. No matter how strong of a bond there is, being in a relationship does not give anyone the right to coerce an intimate partner or threaten them with violence.

It's also important to remember that violence can take place in both physical and emotional forms. Manipulating someone, forcing them into social isolation, verbally abusing them or making them humiliated are some of many forms of emotional violence often bound up in sexual relationships. If there are major issues, internal struggles or fears that need to be addressed, have an open and honest conversation, see a therapist if feasible or consider ending the relationship if need be.

There are many ways to "do" sexuality, and that's OK.

More often than not, the "sex talk" centers on what the experience is like for heterosexual people, but not for anyone who doesn't fit within that norm, including those who identify as lesbian, gay, bi, queer, asexual or any one of the many other sexual orientations. As more and more people now understand that sexuality is a diverse spectrum, parents and educators have a responsibility to not limit the discussion to a very narrow concept of sexuality and even gender.

Fetishizing someone because of their race or ethnicity is disrespectful.

Just as no one wants to be objectified because of their physical attributes, no one deserves to be judged based on their to race or ethnicity. Racialized sexual myths and stereotypes have often been applied wholesale, overwhelmingly to people of color. These myths contribute to such tropes such as the "spicy Latina," the docile Asian woman and even the sexually aggressive black Jezebel. Those same racial tropes can overlap when applied to men, especially as they relate to being considered passive or dominant or having a certain penis size.

It's both ignorant and ultimately limiting to restrict one's dating and sexual practices based on stereotypes and racialized messages, which are unfounded and disrespectful. Keep in mind that there's a fine line between cultural appreciation and fetishizing.

You're not defined by how much sex you have.

It's an unfortunate double-standard that's often been discussed within feminism and popular music. When a man has a lot of sex, he's cheered on and celebrated by his friends. When a woman has a lot of sex, she's subjected to being slut-shamed, discredited and deemed impure. The situation was roundly critiqued in the 2002 song "Can't Hold Us Down" by Christina Aguilera and Lil' Kim.

Ending this cultural dilemma once and for all starts by sending sex-positive messages that affirm both the pleasure of sex and that there's nothing wrong with exercising one's agency as a sexual being — and to do so responsibly and respectfully.