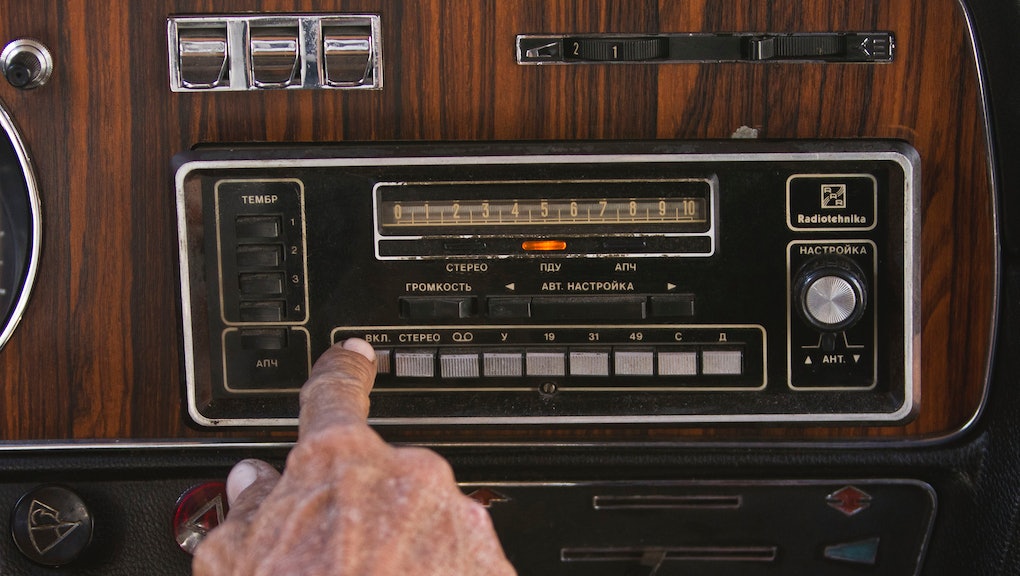 Everybody knows what "driving music" is. It's Springsteen roaring with the windows down, or Gaga belting with the top down. But it turns out that the music most of us think of as perfect for driving is exactly the music you should never drive to.

High volumes and fast tempos are, unfortunately, a terrible idea when it comes to background music on your drive. This combo has been linked to both speeding and a high rate of collisions, especially among male teen drivers.

"The higher the energy, or activation, the music induces," a 2013 Stanford University study states, "the more it competes for the attention resources available for driving." The researchers explain that people who listen to loud, peppy music are way more likely to speed, swerve into oncoming traffic and get in wrecks.

But before you start a playlist of the latest and greatest slow-tempo songs in the name of safety, make sure you settle on an assortment of tunes that you aren't too familiar with, either.

"Drivers in general are not aware that as they get drawn-in by a song, they move from an extra-personal space involving driving tasks, to a more personal space of active music listening," said Warren Brodsky, director of music science research at Israel's Ben-Gurion University.

Brodsky and a research team studied how background music affected drivers, particularly novice drivers. They compared error frequency rates of participants when they listened to music they had picked out as opposed to when they listened to music the researchers had picked out. When participants played their hand-picked and well-loved tunes, nearly 98% of participants — essentially everyone — exhibited on average three deficient driving behaviors, such as speeding, tailgating or one-handed driving.

But as soon as the researchers played their music, which entailed easy listening, soft rock or light jazz (go figure), deficient driving behaviors dropped by 20%.

In short, no more of this:

The answer, then, is simple: Listen to slow, calm music that you aren't too familiar with while you drive.

Music with a tempo aligned with the natural heart beat is proven to improve reaction time instantly. It can give you a leg up on any unforeseen obstacles you could encounter. Slower tempos and low volumes produce an innate calmness, and that calmness contributes once again to higher levels of safe driving.

In short, more this: