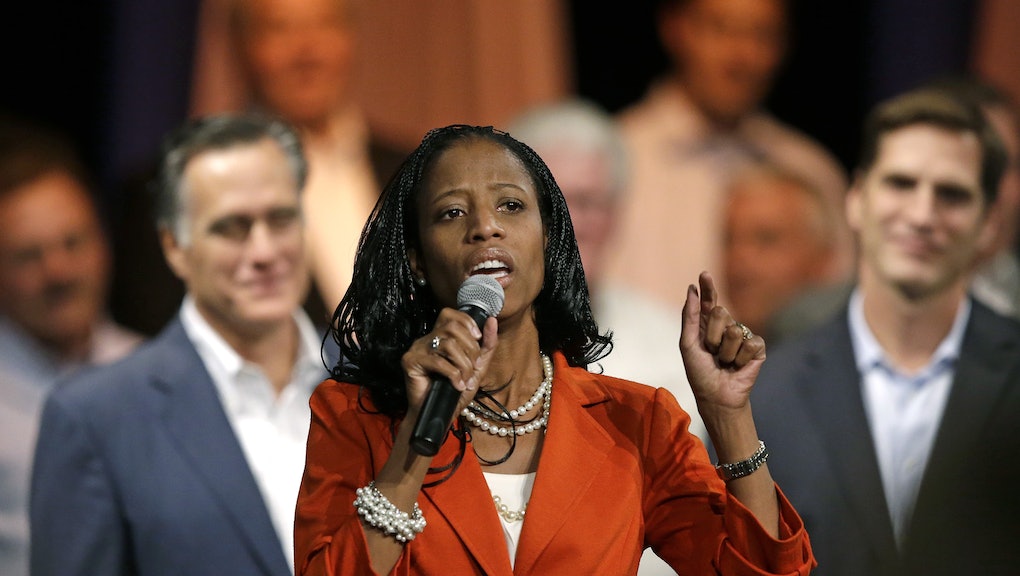 Republicans May Get a Little Less White Tonight

Election night could be a big victory for the Republican Party, and not just because they're expected to win control of the Senate.

Depending on the outcomes of a number of races, the GOP could take a step towards changing their lily-white image and improve the diversity of their makeup in Congress, with African-American and gay Republican candidates among those slated to win seats.

Another black candidate, Will Hurd, is neck-and-neck with a Democrat in west Texas. And the party could elect its first openly gay members of Congress if Carl DeMaio or Richard Tisei win their respective races.

This is a big deal, both for societal progress and the Republican Party's image. Republicans haven't seen a black member elected to the House since 2010, when Tim Scott (R-S.C.) and Allen West (R-Fla.) won seats. Scott went onto serve in the Senate and West was defeated when he ran for re-election.

In comparison, Democrats boast big diversity in the House and the Senate, which has likely helped them to maintain their historically dependable voter bases of women, LGBTQ people, Latinos and African-Americans. The Los Angeles Times reports that Democrats "have three times as many women in the House" as Republicans and also have "all of the African-American lawmakers."

Women of color are incredibly underrepresented in Congress, despite their growing influence at the ballot box. This chart by the Center for American Progress shows a steady increase in the number of women of color who are eligible to vote, even if their number in Congress hasn't kept pace:

Still lots to do: Republicans need to boost diversity in their ranks and their voters, and Tuesday will be an indication of just how much work they have ahead in the next two years. In the 2012 presidential election, 9 out of every 10 people who voted for Mitt Romney were white. Romney "got crushed" by Latino and African-American voters.

Romney didn't win in 2012, and in 2016 a Republican candidate with a similar spread of votes would likely face a similar fate. A study by the Carsey Institute, reported by the Washington Post in April, found that while minority populations are growing across all age groups, they're growing especially quickly in the millennial sector. This means that in the upcoming election, capturing these votes will be more important than ever.

So Tuesday's results will do more than just make history for the Republican Party. The outcomes could also determine the party's future.