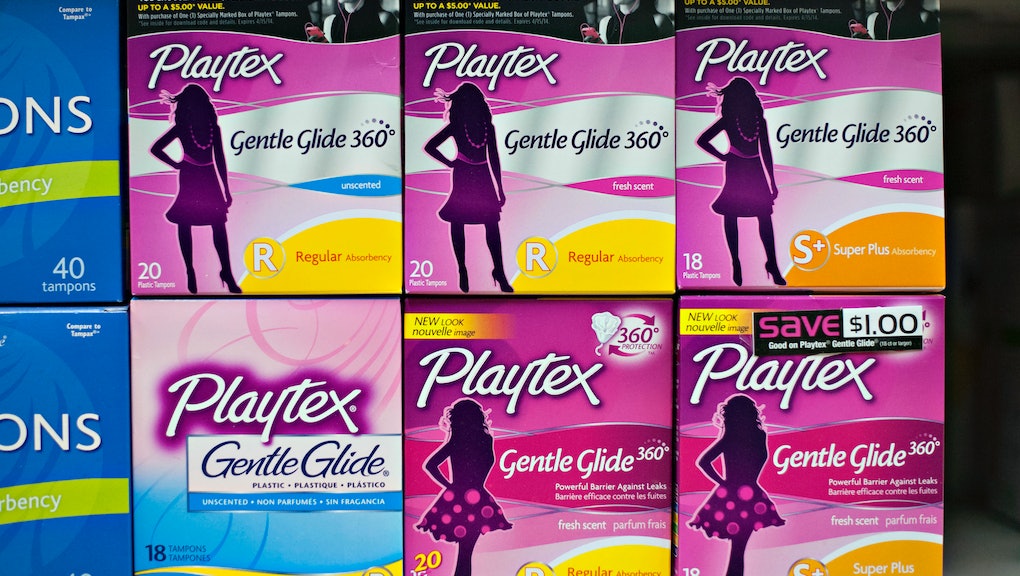 How to Explain the Biggest Misconceptions About Periods to Men

Menstruation goes by many names and has as many, if not more, myths circling around it. Despite existing for as long as humanity itself, periods are still widely misunderstood by men and women alike. From how long periods actually last to whether it's okay to have sex while menstruating, there seem to be more questions than answers.

But perhaps we can't blame men for not understanding our monthly visitors. According to a 2011 study, most men reported never learning about it in school, and while some had family members who broached the topic, others never did. The result? A lot of half-truths, stereotypes and confusion adding up to women feeling like they need to hide, apologize for or generally minimize that time of the month.

But contrary to popular opinion — not to mention much of pop culture — periods don't have to be the mythological creatures we believe them to be. Here, we bust the seven most common period myths.

1. You can't get pregnant on your period.

Actually, science says otherwise. While it's unlikely a woman will get pregnant while menstruating, it's not completely out of the realm of possibility.

As Dr. Michele Hakakha, a board-certified obstetrician and gynecologist, told Parents, "In less common scenarios, a woman with a shorter menstrual cycle (24 days, for example), could have seven days of bleeding, have intercourse on her final day of bleeding and ovulate three days later. Since sperm live for three to five days, she could definitely get pregnant."

2. You don't have a sex drive when you're menstruating.

Women may feel bloated and crampy, but that doesn't mean we aren't up for a romp in the sack. According to Women's Health, levels of the hormone progesterone, which gets a bad rap for shrinking libidos, are at their lowest during menstruation, which means women may very well feel frisky. Giddy up.

3. Sex on your period is gross.

We've said it before but it bears repeating: Sex on your period can be awesome. So long as you're comfortable doing it, go for it. You might be surprised by the benefits — much like exercise, sex can help relieve cramps and other discomforts that go hand-in-hand with menstruation.

4. All tampons are created equal.

Not only is this false, but the wrong tampons can have potentially damaging effects on your health.

Conventional, non-organic tampons, the ones that dominate store shelves, are made from cotton and/or rayon. The issue? Cotton growers consume 25% of the world's supply of insecticides. These tampons may also contain bleach and dioxins, which are carcinogens. Considering that the average woman uses a tampon 11,000 times in her life, that's a lot of possible harm.

Even if your local store doesn't carry organic tampons, a quick search on Amazon gives you plenty of options to choose from.

According to the experts at the Mayo Clinic, cycle lengths vary by person. While the average is 28 days, that's not a hard and fast rule. "The menstrual cycle, which is counted from the first day of one period to the first day of the next, isn't the same for every woman," write the staff at the Mayo Clinic. "Menstrual flow might occur every 21 to 35 days and last two to seven days."

If you're feeling sluggish and tired, by all means, rest. But you don't need to eschew exercise just because Aunt Flow is visiting. Exercise isn't just good for your overall health, it can also help alleviate cramps and period-related fatigue, too.

That said, be wary of pushing yourself too hard if you're experiencing severe cramps or don't feel up to it.

7. You shouldn't go swimming or camping on your period, in case sharks or bears attack you.

Nature lovers, rejoice. This is nothing more than an urban myth. Menstruation does not attract bears, nor does it make you more likely to be attacked by a shark.

As Marie Levine, founder and executive director of the Shark Research Institute, told MotherJones, "I've been diving for decades and even got my period while underwater with a school of hammerheads — the sharks were not interested and I had to fin like crazy to get close to them."