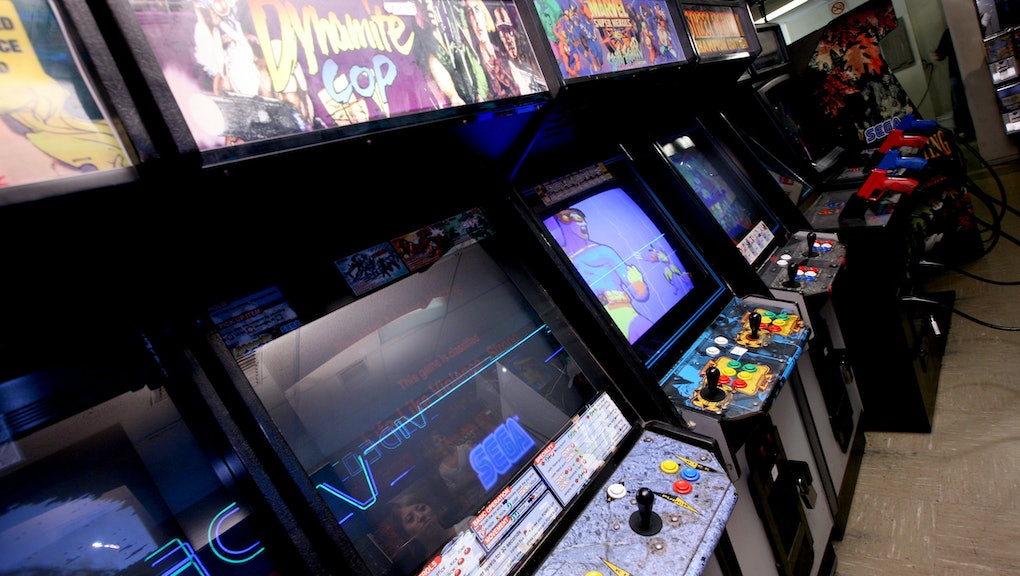 Do you miss playing classic arcade games like Pac-Man and Tron until your fingers get sore? You're in luck, because the entire history of arcade games is now on your computer screen.

The Internet Archive has launched the Internet Arcade, an online collection of about 900 coin-operated-style arcade games dating back all the way to the 1970s. The games run through a JMESS emulator, which uses JavaScript to make them playable on Internet browsers. Thank you, modern technology.

Heads up: The controls are still a little wonky. Since they're dependent on your keyboard's Ctrl, Shift, Alt and arrow keys, the games won't translate 100% from joysticks and colored buttons to computer keyboards. But hey, it's enough to get the job done.

This isn't the first time the Internet Archive has blessed video game fans. In late 2013, it opened the Console Living Room, similar to the Internet Arcade but with vintage console games instead. Favorites such as Donkey Kong and Frogger were available for throwback throw-downs with iconic game villains (e.g., those damn cars).

The timing of the Internet Arcade's release is somewhat prescient as the recreational combination of drinking and gaming has been made possible by the rise of barcades, which are exactly what they sound like. They're found in major cities all over the United States, because who doesn't want to sip a strong IPA while breaking a high score?

Programmer Jason Scott also has some interesting ideas about accessing these vintage games for something other than sheer enjoyment, writing on his blog:

"And my hope is that a handful, a probably tiny percentage, will begin plotting out ways to use this stuff in research, in writing, and remixing these old games into understanding their contexts. Time will tell."

The concept of using this archive as a learning tool is quite nuanced. For some future game developers, they'll have never played these grandfather games in their lives. By being able to use the digital arcade as a studying resource, they can track how gaming entertainment has changed over decades and embed classic themes into their work. Again, thank you, technology.