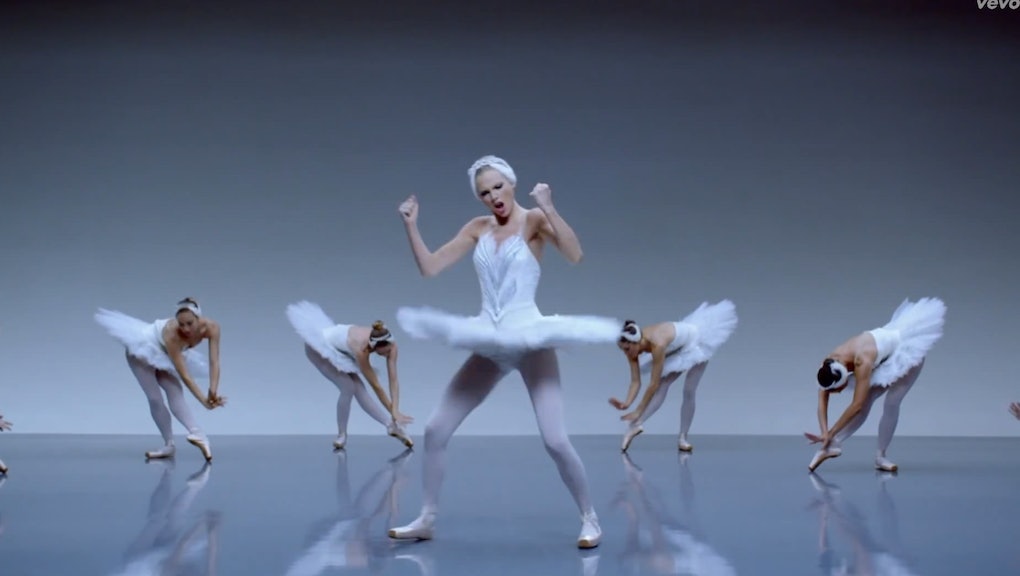 Taylor Swift's New Album Is Amazing — But You Shouldn't Buy It

Chances are you've heard about 1989, but you haven't heard it. The album is not on YouTube. It's been stripped from most illegal downloading sites. Swift and her label have executed one of the most intense and comprehensive security plans of all time to keep the album behind a paywall. In a bold but expected move, Swift even pulled all her albums off from Spotify on Sunday.

If you want to hear the most talked-about album in the world — the only one released this year that'll sell over a million copies — you have to pay $10 for it. But you shouldn't.

Swift is trying to prove a point about how we should buy music, but she's completely ignoring the realities of the industry. It isn't about selling records anymore — it's about innovation in songwriting, creativity in marketing and, yes, free music.

In pulling her music off all sites, Swift is doing exactly what she said she would in her July Wall Street Journal op-ed.

"Music is art, and art is important and rare. Important, rare things are valuable. Valuable things should be paid for," she wrote. "My hope for the future, not just in the music industry, but in every young girl I meet ... is that they all realize their worth and ask for it."

And Swift is certainly getting what she asked for.

But "asking for it" is completely inconceivable for anyone who isn't already famous the whole world over. The distribution model that she offered in place of Spotify is unrealistic for any artist who does not have a powerful industry apparatus at their back. When Swift left Spotify, they made her a cute playlist asking her to come back. Four million of the songs on Spotify haven't ever even been played. No one else can expect that kind of attention.

To secure the sales Swift is enjoying, many, many people had to go above and beyond. She is unquestionably the biggest artist on her label, Big Machine, so all the company's resources are devoted to her. Before its release Swift's label surrounded her album with levels of military-grade security to protect it from leaks. It lived on a sole iPad in a safe in Nashville.

And when it came time to take the album to the press, label executives, accompanied by a bodyguard named Sharkey, brought it to journalists and press people personally and made them listen with headphones to prevent others from eavesdropping or recording. During the first listening session at Swift's house, her team blasted heavy metal music outside in order to foil hopeful leakers with super-sonic microphones. Anyone else trying to follow this example would be laughed at and then ignored. Swift, though, will make millions.

Streaming is the dominant form of musical consumption, and it's only growing. It can one day be a viable model that compensates artists adequately — one that gives casual fans the chance to become real fans and then paying fans. But this can only happen if artists help develop the platform, working with streaming services rather than against them. Swift's 1989 — with all the records it's set to break — is going to look like a victory for the industry's old model. But it's really not. It's only proof that the old model is unfeasible for anyone but music's 1%.

So don't buy Swift's 1989. Go stream Run the Jewels instead.