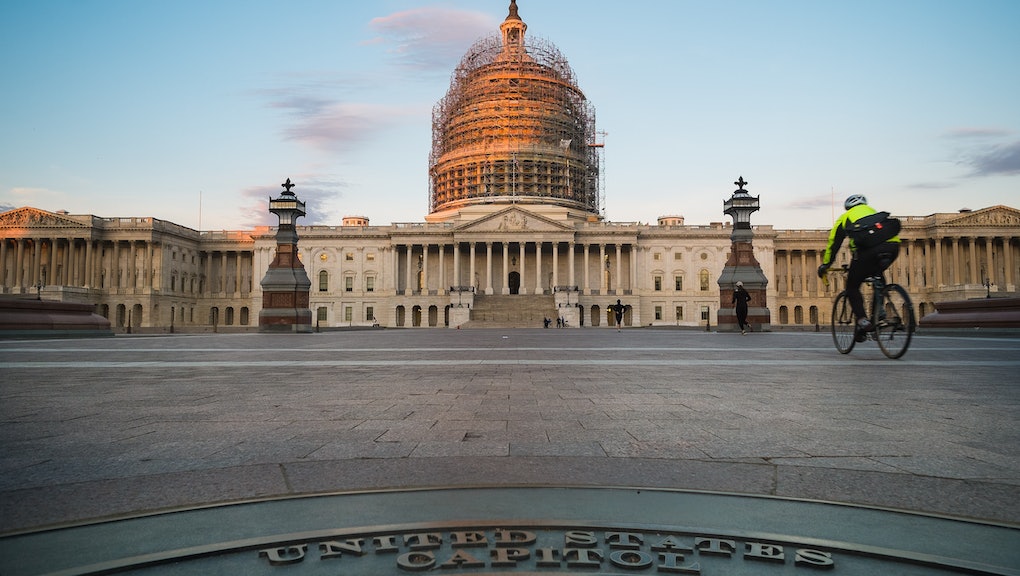 It's Election Day, and all eyes are on who will win the Senate. Washington is abuzz with theories of how a Republican takeover of the upper chamber of Congress could reconfigure the city's balance of power, and everybody wants to talk about what it means for the 2016 presidential election.

The excitement around the battle for the Senate is so narrowly focused, one could be forgiven for forgetting that there are 435 races for seats in the House of Representatives.

The chances that the House of Representatives will continue to look roughly the same the day before and the day after the election are so close to guaranteed that the races are not considered worth discussing. What makes less sense is how those results are guaranteed when most of the American public hates Congress.

Public disdain: Every few months for the past few years, a new study has come out with unambiguous evidence that the public thinks less than they've ever thought of the institution before. Congress has reached historic lows at least 12 times since 2010.

This summer, Gallup found that 7% of Americans reported having "a great deal" or "quite a lot" of confidence overall in Congress, a 3 percentage point drop from last year.

Yet in 2012, 9 in 10 members of the House who sought new terms in office were successful. And only 18 of the 435 races this year are considered toss-ups by the Cook Political Report, which is the lowest rate since 2004.

Incumbency creates advantages for people holding any kind of office, but the disparity between the public's general distaste for Congress and House members' re-election is best explained by gerrymandering, the redrawing of district boundaries that create electoral advantage for specific parties.

Rigged system: After their sweeping triumph in the 2010 midterm elections, Republicans were able to redraw maps to secure their majority in the House for the following decade. This results in absurdities such as Democrats winning half a million more votes for Congress than Republicans in the next election, but not coming close to threatening their majority, as the Daily Beast notes. This level of stagnation is so widely accepted that Democrats have set their eyes on 2020 — when House maps will be redrawn — as the next opportunity to take back the House.

Congress's low approval ratings are not due to blind hatred; they are a logical response to the institution's deserved reputation for ineffectiveness. The loss of good-faith negotiation between parties and the unprecedented abuse of the filibuster to block legislation is why the current Congress is on track to be the least productive since World War II.

Unless we reform the way districts are determined, the public will continue to lack the tools needed to hold representatives accountable for their inability to improve the country.