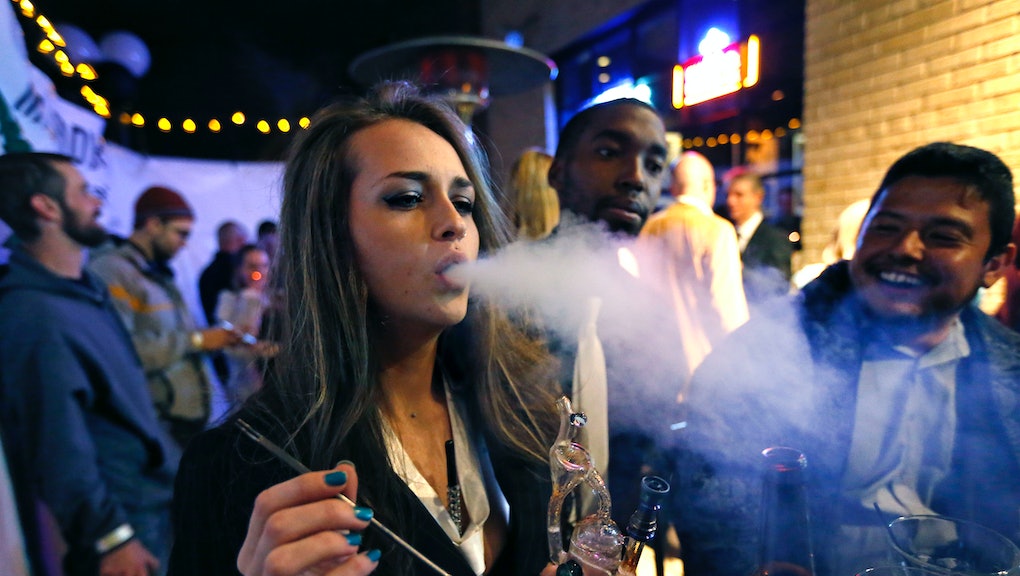 The news: Is the federal ban on medical marijuana unconstitutional? Marijuana reform activists think so, and one federal judge might be about to make their dreams a reality.

In California, U.S. District Judge Kimberly J. Mueller may be about to "start a legal revolution" by determining whether the Drug Enforcement Administration's classification of marijuana as a Schedule I substance — the most restrictive category, for drugs with no known medical value — is unconstitutional, the Daily Beast reported.

The considerations are stemming from a case in which lawyers defending six accused marijuana farmers claimed that the possible 10- to 15-year sentences facing their clients are too harsh and based on scientifically and medically inaccurate DEA regulations that violate their constitutional rights.

In May, Mueller made the surprising decision to hear arguments and examine marijuana's classification based on "a tiny footnote written by U.S. Supreme Court Justice John Stevens in 2005." The Daily Beast's Abby Haglage wrote:

In the medical marijuana case of Gonzalez v. Raich, he wrote: "We acknowledge that evidence proffered by respondents in this case regarding the effective medical uses for marijuana, if found credible after trial, would cast serious doubt on the accuracy of the findings that require marijuana to be listed in Schedule I," it reads. "Respondents' submission, if accepted, would place all homegrown medical substances beyond the reach of Congress' regulatory jurisdiction."

So what happened next? Something pretty amazing — marijuana had its day in court. Over the course of the five-day evidentiary hearing, the defense trotted out marijuana expert witnesses like ALS expert  Gregory Carter and Columbia University researcher Carl T. Hart, who, according to Leaf Online, appeared to have a serious edge over Assistant U.S. Attorney Gregory Broderick, who struggled to keep up with Hart's scientific arguments.

The court also brought in medical marijuana advocates such as Jennie Stormes, whose son has pediatric epilepsy and was forced to leave New Jersey for Colorado after repeatedly being denied medical marijuana.

The prosecution brought out just one witness: former George W. Bush drug enforcer Bertha Madras of Harvard Medical School. California NORML, an organization dedicated to reforming the state's laws, reports that Madras argued "marijuana has not met the high standards of proof required for FDA approval" and thus has no accepted medical value. This argument stands in opposition to WebMD polling of medical community, which has demonstrated nearly 70% of doctors recognize some form of medical use for weed, as well as a 2013 poll of 1,446 North American doctors that found 76% support.

Why you should care: The case still faces a long road. Mueller will have to evaluate hundreds of pages of scientific testimony, and even if she rules the Schedule I classification as unconstitutional, prosecutors will likely appeal to the weed-unfriendly Ninth Circuit Court. If she comes down on the defendants' side, it will only apply to their case. However, such a ruling would likely open the floodgates for hundreds or even thousands of similar lawsuits across the country, which could eventually lead to a full-scale and official reclassification.

Either way, the fact that a federal judge is considering such a question is a major step forward for marijuana advocates. As the Christian Science Monitor notes:

"It's earth-shattering to even have this hearing," says Adam Levine, adjunct professor at Stetson University College of Law in Gulfport, Florida. "The fact that the judge is willing to hear this case means she is willing to question if the DEA's original classification is constitutional." He puts the chances of such a finding at "better than even."

Hey, we can dream, right?