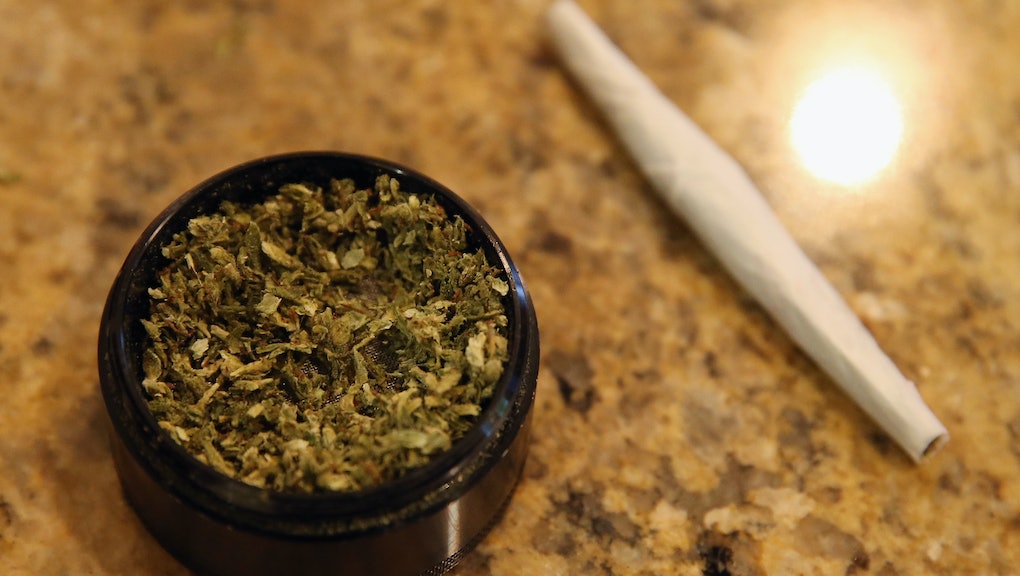 Legalizing Weed Scores an Early Victory in an Unlikely Place

Voters in the U.S. territory of Guam have given a green thumbs up to medical marijuana, approving a ballot initiative Tuesday that will, with a doctor's consent, provide medicinal strains to any patient with "a debilitating medical condition."

The measure passed with more than 56% voting "Yes," according to Guam-based KUAM News.

The island will become the first U.S. territory to scale back marijuana prohibition, though full legalization remains a long way off.

"Patients would receive a medical marijuana recommendation from a doctor, who would have to attest that the patient has a debilitating medical condition and the practitioner believes that the potential health benefits of the medical use of cannabis would likely outweigh the health risks for the patient," according to the Washington Post.

But that hasn't dimmed the excitement for advocates and activists across the country.

"With these election results, U.S. territories stretching from Guam — where America's day begins near the International Date Line — to Hawaii and Alaska have sensible laws that let patients use marijuana without fear of arrest," Marijuana Majority founder Tom Angell said in a statement. "And this is just the beginning of a very big day."

He's right. By the time the sun rises over Guam again, votes on ballot initiatives will likely mean full legalization in Oregon and a new right to possess in Washington, D.C. A medical marijuana measure in Florida is unlikely to pass, and Alaska's bill to legalize all uses is trailing badly in late polling.

Ethan Nadelmann, executive director of the Drug Policy Alliance, writes that the territory is "conservative politically and home to a significant U.S. military presence."

He calls Tuesday's results a "resounding victory" and "confirmation of medical marijuana's broad support across the political spectrum."

Marijuana is, once again, on the march.