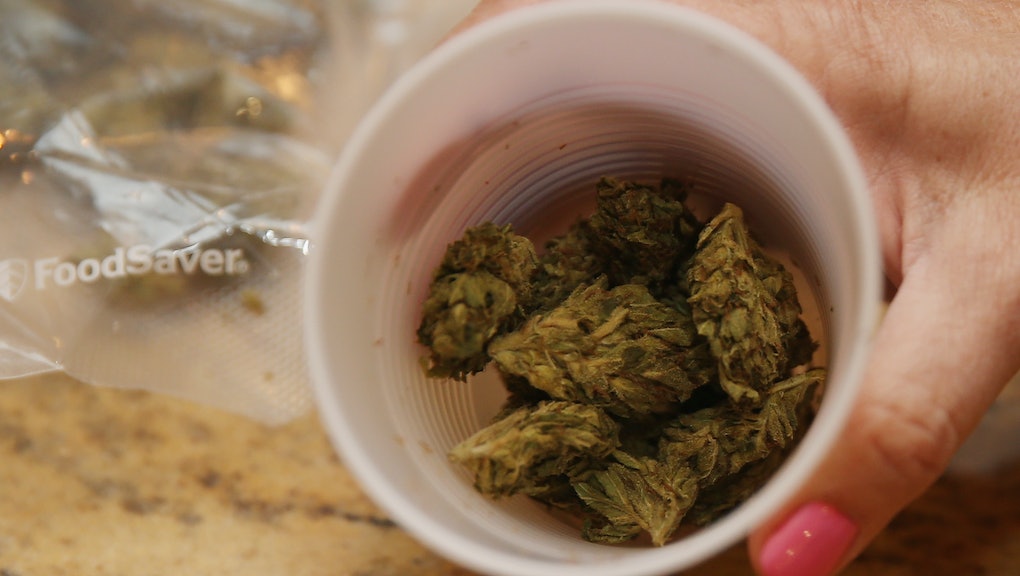 Tuesday was a big day for advocates of marijuana legalization in the United States. On Election Day, voters in Florida rejected an amendment that would legalize medical use, but residents of Oregon, Alaska and Washington, D.C. all voted in favor of legalization for recreational purposes.

The results bode well for the marijuana legalization movement, whose supporters considered Tuesday to be a crucial moment for maintaining the momentum that began in 2012 when Washington and Colorado became the first states to make recreational marijuana use legal and successfully introduce it through the tax-and-regulate model.

The spread of legalization has also stoked optimism for critics of the decades-long War on Drugs, who see the increasing legal normalization of the substance as one component of winding down the federal government's disastrously unsuccessful attempt to decrease use through excessive force.

Here's a breakdown of what happened on Election Day, and what it means going forward:

What it means: The measure will make it legal for people 21 and older to possess up to 2 ounces of marijuana and grow up to six plants, but it stops short of creating a foundation for commercial activity — policy on selling, taxing and regulating marijuana will likely be taken up in a bill by the D.C. City Council in coming months. It remains to be seen if Congress will interfere with the process, as the discrepancy between local and federal laws in Washington, D.C. is bound to cause a bit of a stir.

What it means: The measure legalizes recreational marijuana, allowing adults 21 and over to possess up to 8 ounces of marijuana and up to four plants. It will tax marijuana at $35 an ounce. Oregon has a record for trailblazing when it comes to marijuana. It was the first state in the country to decriminalize it in 1973 and Oregon Sen. Jeff Merkley became the first U.S. senator to support making marijuana legal in his state.

What it means: The passage allows people 21 and older to possess up to 1 ounce of marijuana and up to six plants. It establishes a $50 an ounce tax. Alaska had an unusual relationship with marijuana: In 1975 the Alaska Supreme Court allowed for small amounts of the plant to be kept in the household on privacy grounds, and medical use was legalized in 1998, but this measure allows marijuana to be freely consumed, sold and taxed.

Results: Floridians rejected Amendment 2 in the only setback for marijuana proponents on Election Day. The measure required a 60% threshold to pass — but only 57.6% voted in favor.

What it means: Florida at one point looked like it was going to be the first state in the South to allow for medical marijuana. But a huge influx of outside spending opposing legalization helped tilt the odds against the measure, which already faced an unusually high bar for passage (60% approval) since it would've altered Florida's constitution.

These changes apply on the state level, but much like with gay marriage, pressure for federal reform is building. Tuesday's outcome adds significant weight to that pressure.