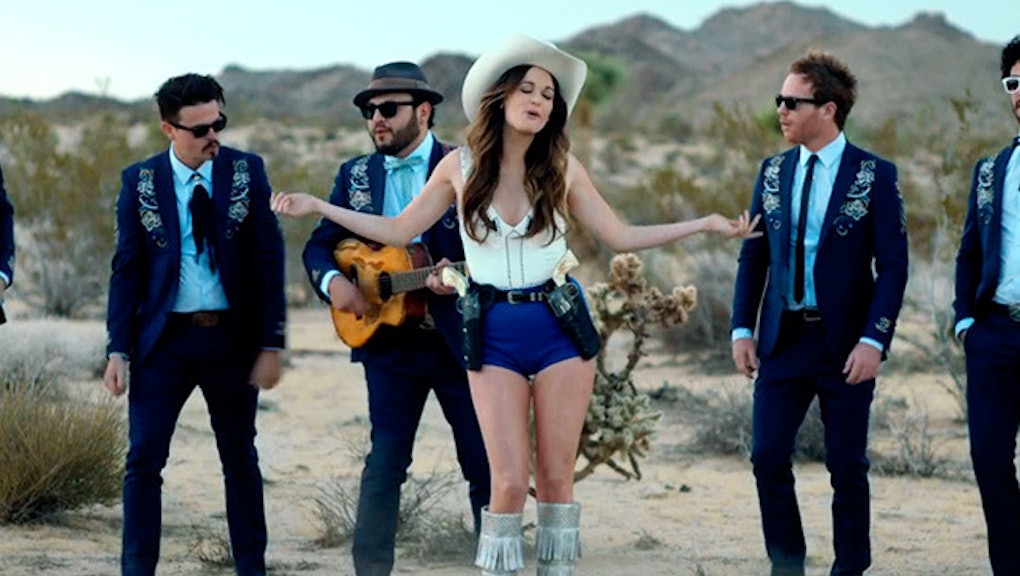 If you listen to enough popular country music, you'll notice Southerners are a backwards people. Nine times out of 10 men can be found getting the ice-cold beers out of their pickup trucks and tending to their farms, which, one can only assume, grow alcohol problems. And who really cares about the women.

It's a problem. Country music has developed a set of tropes so complete that the music of the South has very little to do with what Southerners are actually like. In fact, young country singers Maddie & Tae released a song called "Girl In A Country Song" earlier this summer just to refute these assumptions, particularly the sexist tropes that are usually the topic of many country hits.

So here are 11 other stereotypes about Southerners, debunked by the lives of the very people who created them:

1. They all own at least two, maybe three trucks

"Somethin' 'bout a truck in a farmer's field

It's 2014. The South isn't just overgrown weeds and dirt roads that can only be traversed with four-wheel drive. Given that places like Dallas and Atlanta are heavily metropolitan areas, it's probably even more convenient to have a smaller, more fuel-efficient car.

Even Dierks Bentley and his wife have a Prius.

"Ain't nothin' like a kiss out back in the barn

If you've listened only to country music, you would assume that there's a big farm at the center of every man's life. Most Southerners actually live in one of the South's many big cities.

Actually, that's a story everyone tells. A Southern woman will be as temperamental as the weather and "raise hell like her mother taught her." If that were an absolute defining trait of a Southern woman, then every single California woman would know how to surf, be friends with famous people and speak like this.

4. Every woman is seeking revenge for something

"I might've saved a little trouble for the next girl,

It seems like every country songstress tells a story about how she's punishing her man for cheating on her. It maybe even involves a shotgun. But there are Southern women who definitely move on without needing firearms — or just have healthy relationships from the beginning.

5. They all consider fried chicken a food group

"Salute the ones who died

Shania Twain and Carrie Underwood are both vegetarians. Also, just no.

"Sipping on a long neck working on a bug

Some Southerners prefer wine, believe it or not. And some won't ever be found near a bar, like Tim McGraw.

"She's got the blue jeans painted on tight

Just like fact that all Southern men don't wear collared shirts with bolo ties, not all women wear jeans that they can probably barely sit in.

8. They all talk funny

"I never thought a prayer could be answered

Depending on where you are in the South, accents will vary significantly. In fact, people from Texas are finding that the "accent" is fading to more rural areas of the state.

9. Southern men can only attract women with alcohol

"I told her put an extra layer on

Between that and the whiskey that Luke Bryan is always preaching about, it seems as if women can't keep it together around anything but sweet tea. But if the news lately has taught us anything, it's that using alcohol as a buffer when interacting with women is not a good way to go.

10. They don't aspire to wealth

"And I don't need five-star reservations

Cause I got a roof over my head

"Not coming from much" is an accolade most country singers boast about. But many Southern cities are among the richest in the country, including Dallas, Houston and Atlanta. Besides, now that these famous country singers are wealthy, money most likely doesn't bother them much anymore. Also, there's such a thing as the South's old boys' club.

"We were doin' it right

This one is tricky, since another stereotype is that they are never caught dead without cowboy boots. So there must be kind of compromise here. Maybe just normal shoes?