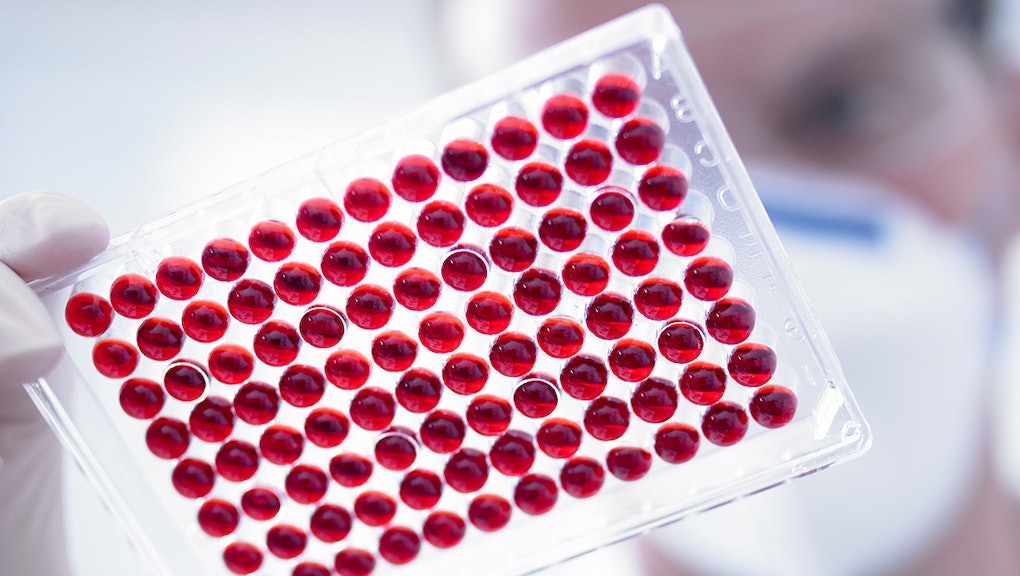 Scientists May Have Found the Key to an HIV Cure

The news: There have been exciting advances in HIV and AIDS research in the past year, from a new vaccine that can possibly eradicate the virus to promising studies in adult gene therapy and early drug treatment for infants. And now there may be more.

The journal Clinical Microbiology and Infection published a study Tuesday detailing the phenomenon of a "spontaneous cure" to the virus and how that process may be replicated among HIV patients.

How does this work? Researchers studied two patients, both of whom carried the virus but never developed the symptoms of AIDS. According to the study, the virus remained inactivated in these patients' cells because its genetic code had mutated in a process of spontaneous evolution between a human and a virus, known as endogenization.

In turn, this mutation seems to have increased levels of an enzyme known as APOBEC, which caused further mutations in the virus.

"We propose that HIV cure may occur through HIV endogenization in humans. These findings suggest that without therapeutic and prophylactic strategies, after several decades of HIV/host integrations and millions of deaths, it is likely that a few individuals might have endogenized and neutralized the virus and transmitted it to their progeny," the researchers wrote in a statement.

In other words, it might be possible, under the right circumstances, for a body to cure itself of HIV.

"The work opens up therapeutic avenues for a cure, using or stimulating this enzyme, and avenues for identifying individuals among newly infected patients who have a chance of a spontaneous cure."

What does this mean? There are some people who can simply neutralize HIV within their bodies. Known as "elite controllers," these people are estimated to constitute less than 1% of those infected with the virus.

Still, while these findings are preliminary and limited in scope, they have the potential to revolutionize the field of HIV and AIDS research. Until now, much of HIV treatment has centered on eradicating the virus from the human body. But this study suggests that the virus needs to remain present for the human body to formulate this response and turn its replication mechanism against itself.