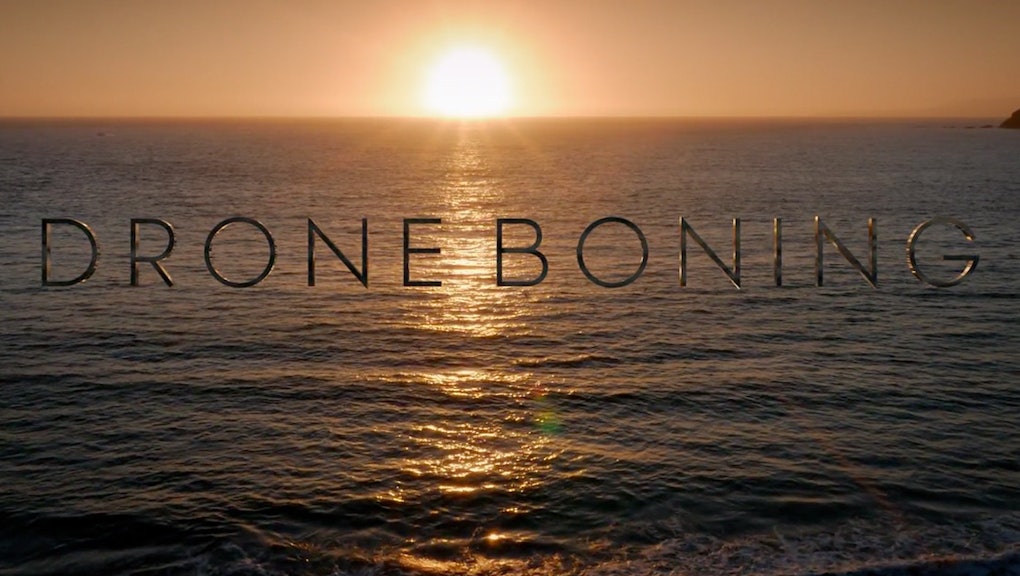 When our ancestors looked to the future and wondered what technological innovations were still to come, they likely envisioned leaps in medicine, transportation and warfare (and jetpacks, definitely jetpacks). Fortunately, in what can only be described as a testament to human creativity and brilliance, the 21st century has one-upped those expectations.

Yep. The film, called Drone Boning, was created and shot by Brandon LaGanke and John Carlucci, a filmmaking duo who go by the name Ghost + Cow. It was filmed in San Francisco using an unmanned drone (though "drone operators" are included in the credits), and it features a whole lot of beautiful scenery: sunsets, beaches, vineyards, forests and majestic mountains.

There have been cases of drones accidentally picking up images of nude people, like sunbathers, who believe they're alone, and they've drawn the ire of many privacy advocates. Drone Boning, it appears, was conceived in response to this fear — "What if some peeping Tom with a drone caught me naked? What if it caught me fucking?" as Motherboard put it.

It's part of a trend. Private drone use has skyrocketed recently. From Cirque du Soleil and Hollywood to your neighbor across the street and Burning Man, drones seem to be everywhere. And while the government is still using them for potentially fuzzy purposes, laypeople have gotten in on the game too.

True, but at least it's not this.