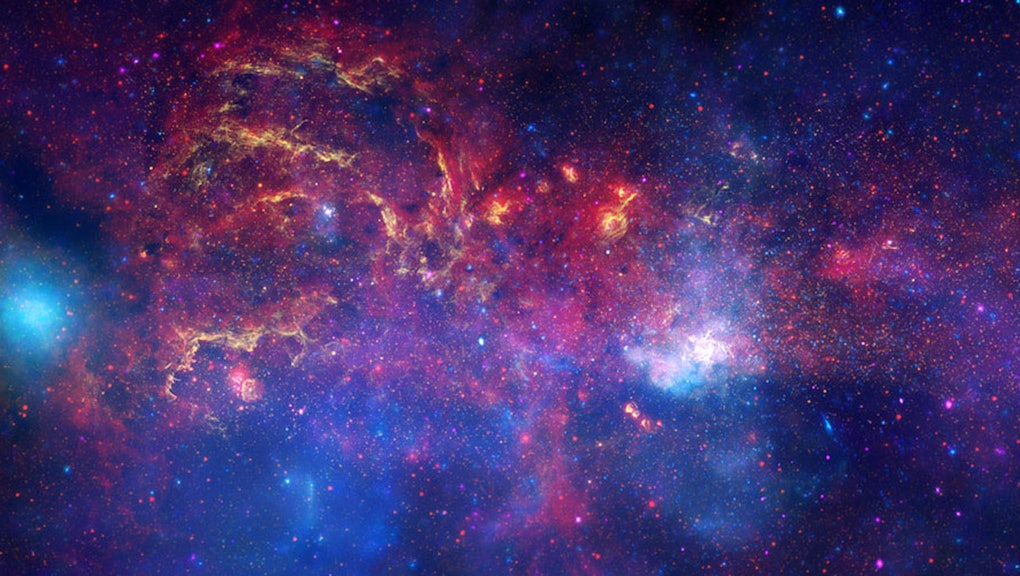 The news: Scientists at the European Space Agency will soon accomplish one of the most important space projects ever: landing on a comet. On Nov. 12, the Rosetta spacecraft's Philae lander will touch down on Comet 67P/Churyumov-Gerasimenko on a site they've dubbed "Agilkia."

The $1.6 billion project is a massive scientific achievement. Not only is Rosetta the first spacecraft to successfully enter orbit around a comet, Philae will be the first Earth-constructed lander to ever soft-land on one. The findings could lead to dramatic revelations more ancient than humanity itself concerning our understanding of the history of the universe and life on Earth.

Over 2,000 people contributed to the project, which aims to have the lander touch down on a comet that's 2.5 miles in diameter and hurtling through space at the incredible speed of 83,885 mph. In the slickly produced and incredibly cute video below, released Wednesday morning, the ESA explains Rosetta's journey:

The background: BBC News reports that the Rosetta craft will be approximately 360 million miles from Earth when it lands on 67P, while the descent itself will take seven hours. Once it's on the surface, the lander will perform a series of experiments intended to determine the structure and composition of the comet using 10 onboard instruments. They include a drill, spectrometers and other devices that will monitor how 67P interacts with the solar wind and precisely what comprises its "coma," the cloud of gases, ice and dust that forms around comets as they approach the sun.

Why it's important: There's more at stake than just figuring out what's in a rock flying around the sun. Space scientists believe that comet nuclei are almost as ancient as the solar system itself, forming from chunks of dust particles that escaped being sucked into or destroyed by various solar bodies like stars and planets as long as 4.5 billion years ago. The ESA thinks that landing on the comet and studying it directly will give researchers direct insight into the creation of the solar system and perhaps the entire universe.

Previous studies have shown comets like 67P contain complex organic molecules "rich in carbon, hydrogen, oxygen, and nitrogen," all critical components of nucleic and amino acids. Therefore, the landing may also help reveal whether comets that collided with the early Earth "seeded" it with the essential materials of life, directly contributing to our very existence.