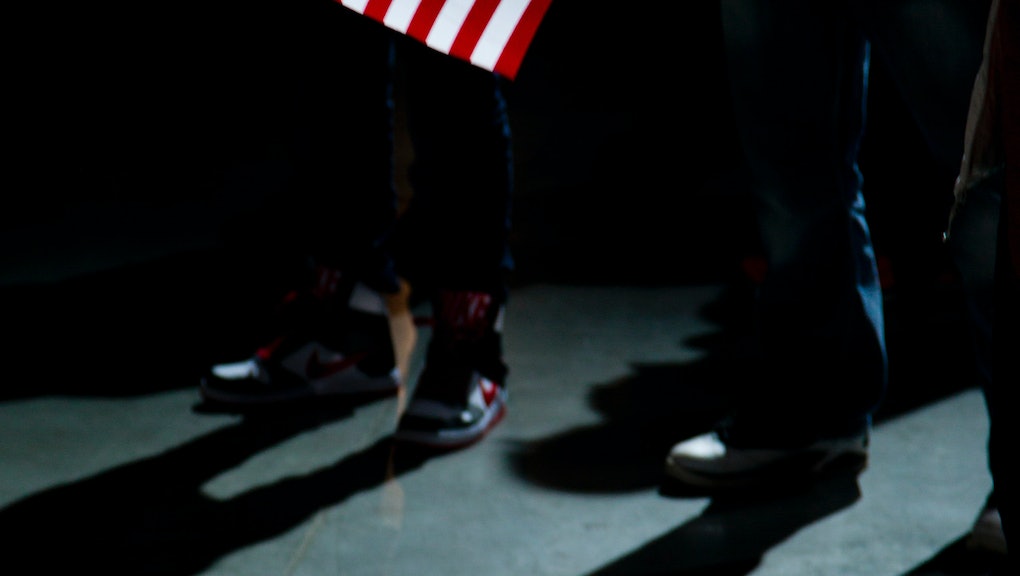 Young People Barely Voted in the Midterms, and Democrats Paid the Price

Young voters generally turn out in low numbers to midterm elections, and this year wasn't much different.

Millennials' dismal 12% share of the electorate was a decrease from their 19% share in the 2012 presidential election, but was consistent with their turnout in the 2010 midterms. This left Democratic candidates out to dry, and they lost the Senate in a nationwide bloodbath.

Young voters' low turnout contributed to the Democrats' loss, but it shouldn't be a surprise. The party's most reliable voter base has become younger and younger, and these voters tend to sit out midterm elections, meaning Democrats underperform in midterm elections. As Ezra Klein noted, "The Democratic boom-and-bust cycle doesn't explain away the problem the party had in this election. It is the problem."

This year's turnout numbers show that problem persisting. Republicans picked up 12 additional seats in the House and seven in the Senate, largely thanks to voters over the age of 60 who made up 37% of the electorate. This chart from NBC News, via Talking Points Memo, shows just how wide this gap between young and old voters is in midterms and presidential elections:

But even if more millennials had shown up to vote, Democrats would not have been guaranteed to keep control of the Senate. The Republicans' victory was wide and deep, extending to gubernatorial races in true-blue states like Massachusetts and Maryland, as well as resounding victories in strongholds where Democrats had hoped to have a chance at victory.

And the Democrats' support among young voters who did turn out slipped 6 percentage points from the 2012 presidential elections. Among the electorate between the ages of 18-29, 55% voted Democrat and 42% voted Republican. Three percent voted other.

This chart breaks down which party each age group favored over the past four elections:

Although low millennial participation in midterms is no surprise, Democrats' failure to mobilize such a key voting group in the midterm elections does not bode well for the party in 2016. Presidential elections typically drive larger numbers of young voters to the polls, but Democrats will have to work to make sure they keep young voters on their side. Especially without President Obama on the ballot.

So why aren't millennials voting, and why aren't they voting for Democrats as much as they have in the past? According to the group Research by Circle, millennials had two main reasons for not voting. First, they were too busy or voting times conflicted with their work schedules. And second, they weren't interested in the elections or felt that their vote wouldn't count.

That might clear up the low turnout. But why are young voters switching alliances? Well, the president's popularity might have something to do with that. At this point, Obama's approval rating among young voters is close to its lowest ever.

Young voters aren't too happy with Congress, either, but conservatives' higher enthusiasm about voting swayed young voters to say they'd prefer Republicans to control Congress. The margin was slim, meaning politicians have some work to do to secure the support of millennial voters.

Both parties need to work on getting millennials to vote, by promoting legislation attractive to younger voters, selecting candidates who share their views or making voting more convenient. Dissatisfaction with politicians is little incentive to head to the polls when their replacements are equally unlikable.