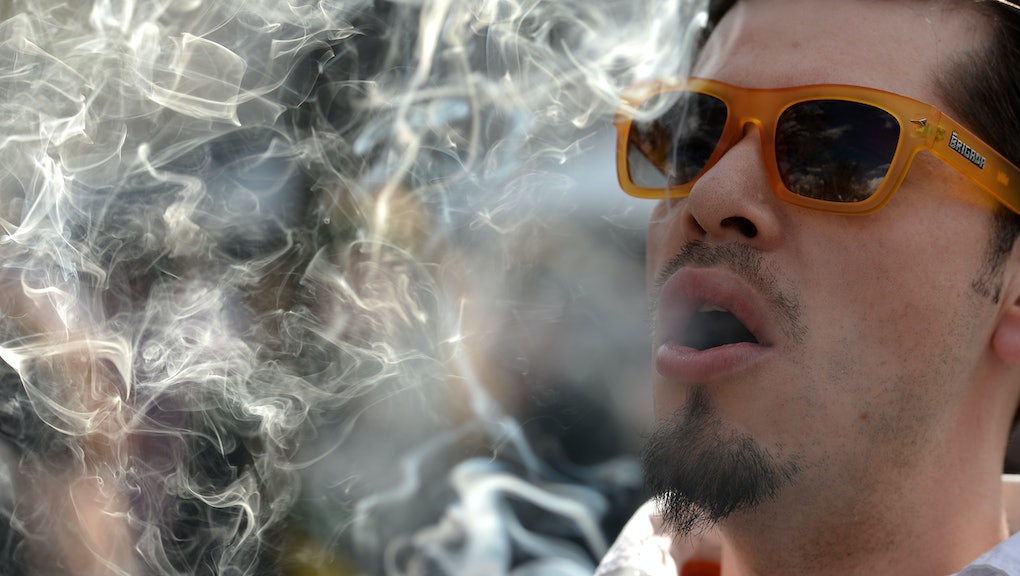 Just How Much Do Facebook Users Care About Marijuana Legalization? Check This Chart

Jobs. Abortion. Climate change. Gay rights. None of these issues came close to mattering as much as pot on Election Day, according to Facebook.

Mashable reports that among 85 million interactions related to the midterm elections, marijuana was the most-discussed issue on Facebook on Tuesday.

Mic data visualization editor Chris Walker put together a chart using Facebook data that shows a count of Facebook posts and comments that mention a specific topic and its related terms on the days surrounding the election. As you can see, marijuana was the subject of more Facebook banter than fracking, taxes, the Islamic State, climate change and women's issues combined.

This chart captures the enormous bursts of attention that cannabis garnered in election-related conversations on Facebook:

This isn't necessarily all that surprising, considering that marijuana legalization has undergone a massive increase in support nationally in recent years, and the successful ballot initiatives of 2014 are widely considered a harbinger of eventual nationwide legalization. Here's the trajectory that support for legalization has shown in the past 25 years:

Of course, it should be said that social media conversations do not provide unfiltered insight into the American political psyche, and just because a topic is interesting to discuss or share doesn't mean it's a high priority for an individual. Nonetheless, it's fascinating to see how widespread interest in the matter is. Maybe if society can learn how to make health care policy as interesting as weed, election turnout might just improve.