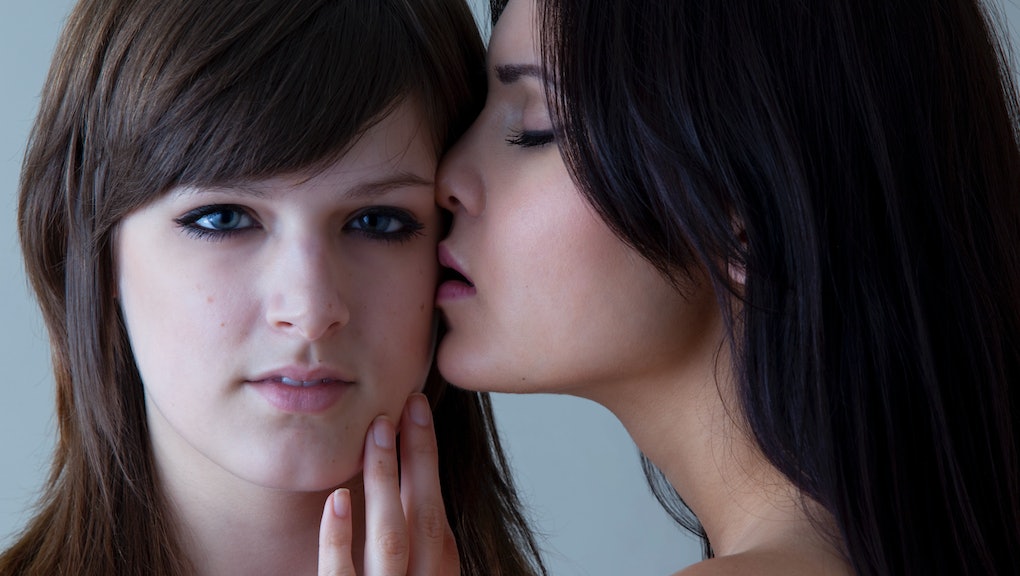 What You Think About Lesbian Sex Is Wrong

With everything Cosmopolitan is telling us, lesbian sex is one big acrobatic circus.

Instead of writing yet another "myths about lesbian" sex piece, what if we instead explained what lesbian sex really is about. Obviously, sex is dependent on a lot of things, specifically the identities and preferences of the partners involved. However, here are some points that will hopefully help demystify what has for too long been a topic more closely associated with titillation then penetration. Lesbians have more orgasms than straight men — so we might as well know a little bit about what they're actually doing.

The question if lesbian sex is real sex is born out of the heterosexual myth that only vaginal penetration by a penis constitutes "real" sex. This debate has also led to the related myth that a woman cannot lose her virginity to another woman. Ultimately, something is real if a person says it is — real is defined by a person's individual experience. For anyone still confused on the concept, Autostraddle created a handy-dandy flow chart to understand the "realness" of lesbian and queer sex.

Oh, scissoring, the myth that keeps on giving — except it isn't entirely a myth. Popularized by such high-profile examples as the infamous sex scenes in Blue Is the Warmest Color, scissoring has been a hot topic for a while. While lesbians will confess to trying it — including, famously, Orange Is The New Black's Poussey — most find it too difficult, even laughable, to be sexual. But lesbians do partake in tribadism, or the rubbing together of their lady parts in order to stimulate the clitoris to climax. In fact, legs do not need to be "scissored" in order to achieve this effect.

On tops, bottoms and switches:

"Who is the man" during lesbian sex? Guess what, no one. Hence the definition of lesbian sex. Between two women. Oftentimes, what people actually mean by this question is, "Who is on top?" Just like heterosexual couples, the answer to this question depends entirely on the dynamics of a particular couple. Some lesbians are always on top (or in the dominant position), some are always on bottom (or the submissive position). And some lesbians are unicorns called "switches," who like to both give and take.

Just because there's no direct threat of impregnation doesn't mean lesbians shouldn't wear protection while having sex. Unless a couple is fluid-bonded (a term sometimes used to describe monogamous couples who don't use protection), the best way to protect against sexually transmitted diseases is still to always use protection, from condoms to dental dams. And even if a couple is fluid-bonded, it is critical to take care when having sex, especially when moving between holes. Every woman has a biome or ecosystem distinct to their own body, so there are still risks of medical issues like yeast infections.

Remember, kids, lesbian sex is cool and fun. Be safe and always have consent.