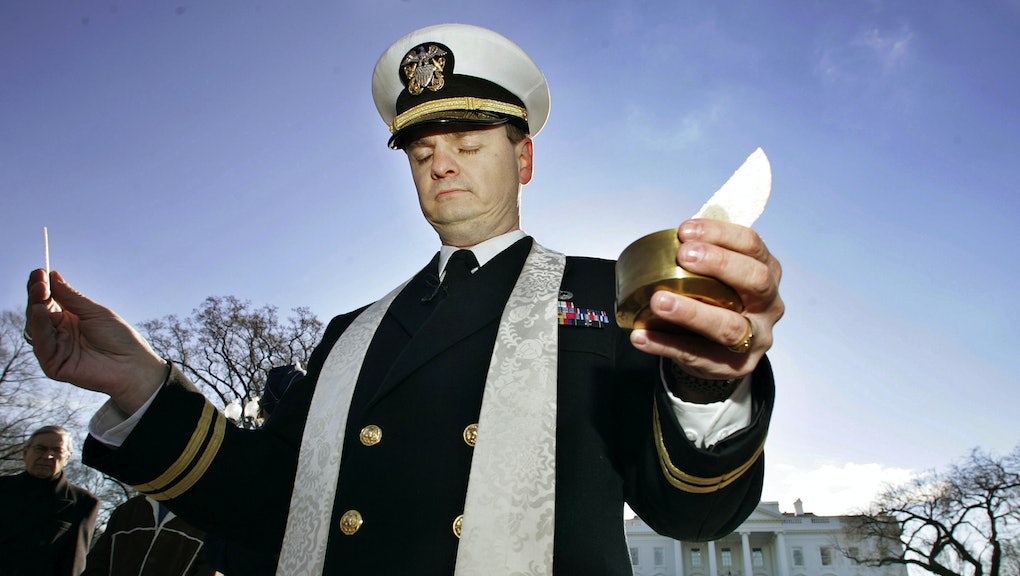 Meet the Single Most Batshit Crazy Politician in America

There is no shortage of nutjob politicians in America. Whether it's at the city, state or federal level, sometimes it seems like there's a crazy lawmaker lurking behind every tree, mailbox and corner.

He's the proud owner of the website Pray in Jesus Name, which includes a petition to "Stop Al Franken — No Child Left Unmolested." As a chaplain of the Navy, he claimed to have attempted to exorcise a woman of the "foul spirit of lesbianism." He has also compared President Barack Obama to a demon.

He also just won his race during Tuesday's midterms. Ladies and gentleman of Colorado Springs, Colorado, this is your new state representative.

Right Wing Watch has a detailed write-up of America's newest Crazypants-in-Chief, and it's a doozy. He's an extremely conservative religious fanatic, but that alone doesn't separate him from the pack. Luckily, his words do that for him:

"The foreign policy of our national security to protect American interests ought to be in line with Joel Chapter Three."

"Homosexuality is a demonic disease, and it can be cured."

"The ultimate hate speech is to endorse homosexuality."

"[Wendy Davis is] ruled by a demon of murder."

"We pray against the domestic enemies of the Constitution, against this demon of tyranny who is using the White House occupant. That demonic spirit is oppressing us."

The Colorado Springs Gazette reported that Klingenschmitt won with just under 70% of the vote, which would be laughable if it wasn't so depressing. As Wonkette asks, "Is there somewhere we can subscribe to a 24/7 video stream of the Colorado House of Representatives when it starts its next session?"

On the other hand, maybe Dr. Chaps' experience with exorcising demons will do some good.