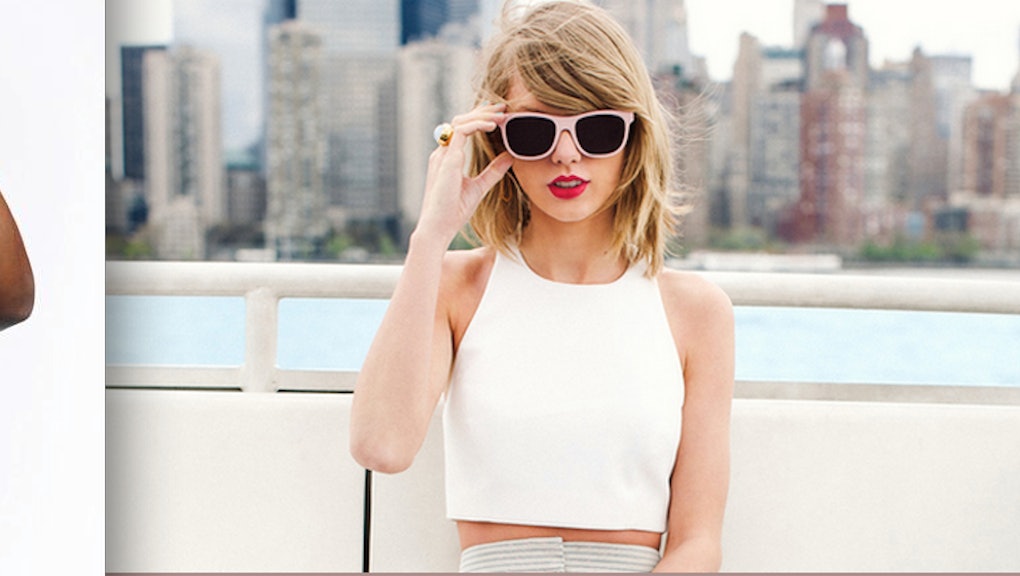 Listen to Kendrick Lamar Freestyle Over Taylor Swift's "Shake It Off"

While out on a radio tour Wednesday promoting the video for his new single, Kendrick Lamar dropped an even more fantastic musical gem — a freestyle over his best friend Taylor Swift's "Shake It Off." This is the most unexpected and wonderful musical gift of the year.

It may seem totally random, but the musical conversation between Swift and Lamar has been going on for a while now. Earlier this year, Swift mentioned in Rolling Stone that she listens to Lamar's "Backseat Freestyle" every time she wants to go from feeling "victimized" to feeling "awesome." She said she "know[s] every word."

Lamar responded shortly afterwards, praising her compliments and thanking her for supporting hip-hop culture. He then returned the musical love earlier this week in a Fader interview, coming clean on how much he digs "Shake It Off."

"I love that song," he said, "I ain't playin'." He then sang a little snippet, causing the whole studio to burst out laughing. The above freestyle was a follow-up dare from the hosts of K104's DeDe in the Morning, and he rose to the occasion admirably: "We talkin' 'bout the black, / We talking 'bout the brown, / We talkin' 'bout the white, / We don't care who you around / It's all about the positivity when you with that energy."

Taylor and Kendrick may have some real musical chemistry. Perhaps the world's most unlikely musical collaboration is on the horizon – a rapper from Compton and a country singer from Pennsylvania. Music really can unite the most divergent worlds.