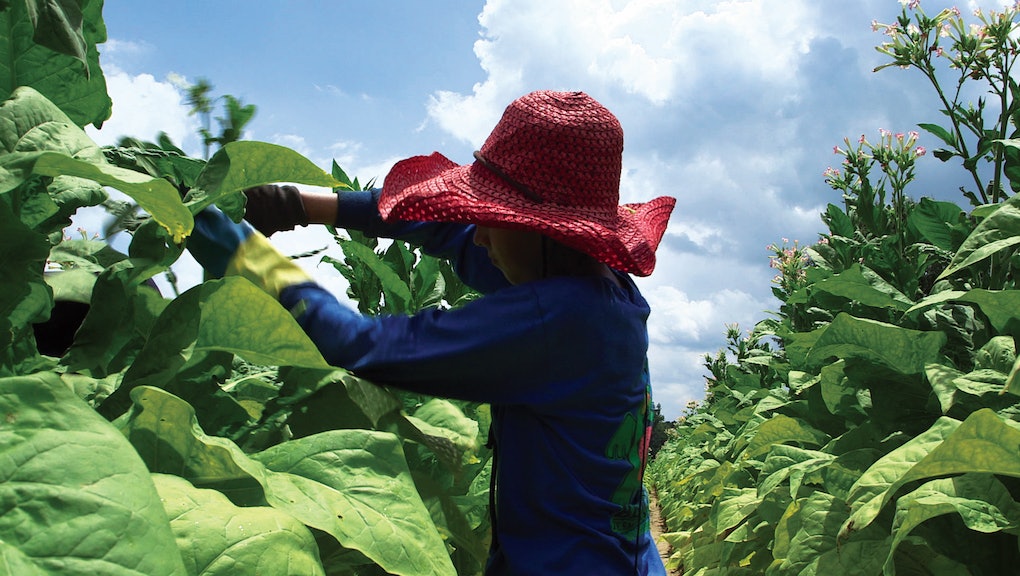 While U.S. law prohibits children from buying cigarettes, it does allow them to work in tobacco farms where those cigarettes are made, exposing them to nicotine poisoning and hazardous work conditions. One unexpected company isn't waiting for that policy to change.

Philip Morris International (PMI), the world's second-largest tobacco company, announced a new policy Wednesday that aims to protect child workers from the dangers of working in tobacco farms in the U.S.

PMI is the distributor of Marlboro, L&M and other leading cigarette brands. It will begin buying tobacco exclusively through third-party leaf supply companies instead of purchasing directly from tobacco farms that disregard child labor standards. Third-party suppliers are mandated to follow PMI's new labor standards.

There are no special provisions in U.S. laws or regulations to protect children from the hazards of tobacco farming, which can include vomiting, nausea and headaches due to nicotine poisoning.

It would also take "a new law or regulation to explicitly prohibit children under 18 from engaging in hazardous work on tobacco farms, including any work that involves direct contact with tobacco in any form," Wurth said.

PMI's policy will prevent children under 18 from hazardous tasks, but companies will still allow children to work with seedlings or in barns.

"Moving to a new system for leaf purchasing in the U.S. will help us achieve important supply chain efficiencies while remaining a major purchaser of U.S.-grown tobacco," PMI vice president Nicolas Denis said in the company's statement.

Background: Momentum behind the new policy to prohibit underage workers from hazardous work has been building this year. In May, HRW released a 138-page report investigating conditions for children in farms where 90% of tobacco is grown: North Carolina, Kentucky, Tennessee, and Virginia.

Many of the children working on the farms were as young as 7, laboring for 50 to 60 hours each week to help support their families. "It happens when you're out in the sun," a 16-year-old girl in Kentucky told HRW. "You want to throw up. And you drink water because you're so thirsty, but the water makes you feel worse. You throw up right there when you're cutting [tobacco plants], but you just keep cutting."

In June, 17 U.S. Senators wrote to the CEOs of the world's 10 largest tobacco companies, calling on them to strengthen their child labor policies. One month later, Rep. David Cicilline of Rhode Island introduced legislation barring children under age 18 from harvesting tobacco.

Why you should care: Children as young as 12 are currently allowed to work unlimited hours outside of school because of weak protections under U.S. law.

PMI has taken a major initiative and set a precedent for other multibillion-dollar tobacco companies to follow suit, but this is just the beginning. Reynolds American Inc., the second-largest tobacco company in the U.S., still has no child labor policy.