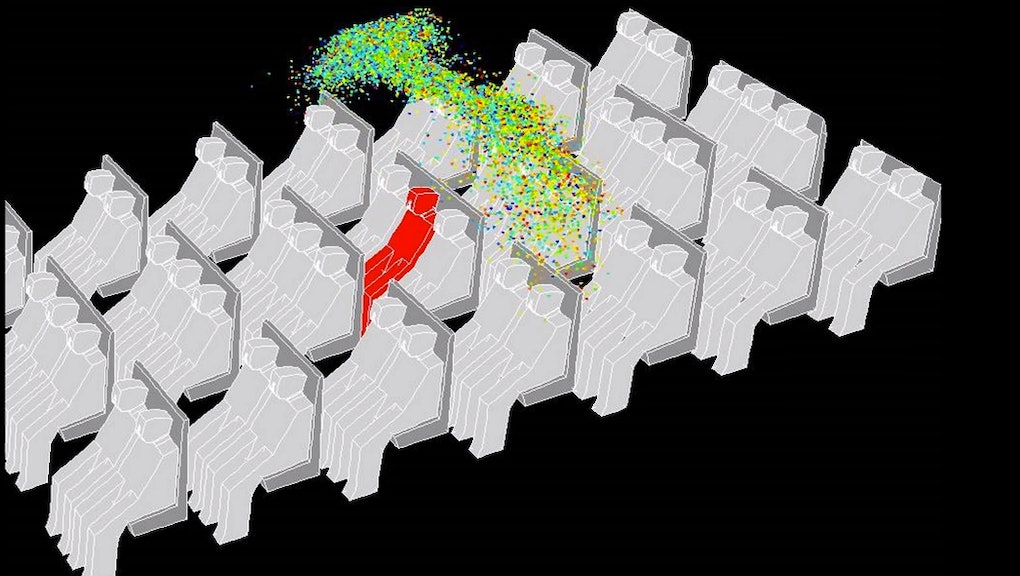 The news: The ongoing Ebola epidemic has made people a lot more conscious of health safety in public spaces. And while the chance of you contracting Ebola in the U.S. remains very, very low, that doesn't mean you can ignore the other communicable diseases floating around: Flu season is just getting started.

If you don't mind never feeling clean again on an airplane, check out this simulation video created by researchers at the FAA Centers of Excellence at Purdue University. The video tracks how a single sneeze spreads germs throughout a plane, circulating in the confined space thanks to the ventilation.

As you can see, you don't need to be sitting next to the sick person to pick up the contagious germs. As long as you are breathing the same air nearby, you are at risk. This is the kind of menace that not even the in-flight fighting expertise of Liam Neeson or Samuel L. Jackson can protect you from:

Again, it's highly unlikely to pick up Ebola this way. As Ebola transmission requires direct contact with infected body fluids, travelers probably won't get Ebola from an airplane co-passenger "even if they were sitting next to another passenger with Ebola – unless that passenger actually vomited or bled on them," as the New York Times points out. You're far more likely to contract this season's flu, as it can be spread by coughing and sneezing.

Still, the video serves as a gross reminder of how diseases travel invisibly, and how other people's germs can get inside your body when you're stuck together for hours inside a metal can hurtling through the air.

Now that's something to think about during your holiday travels.