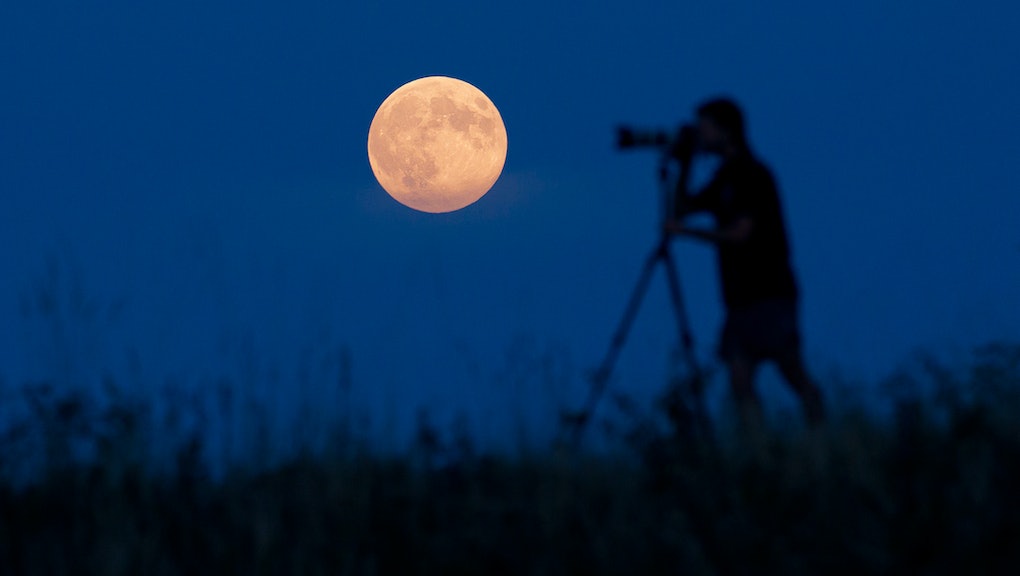 Scientists Have Captured a Stunning Photo of Planets Being Born

The news: New planets are born every day throughout the universe, though we can't really see that awe-inspiring process in action. But the astronomy community was treated to what is being heralded as the "best image ever" of planet formation — in a constellation 450 light­-years from Earth.

The image, captured Thursday by the Atacama Large Millimeter/submillimeter Array — a giant radio telescope in northern Chile — shows planet-forming disks surrounding HL Tau, a white dwarf in the constellation Taurus. This level of detail has previously been seen only in computer models and concept sketches, and it offers a fascinating look at planetary bodies well on their way to formation:

"This new and unexpected result provides an incredible view of the process of planet formation. Such clarity is essential to understand how our own Solar System came to be and how planets form throughout the Universe," said Tony Beasley, director of the National Radio Astronomy Observatory (NRAO), which works in conjunction with ALMA.

What does this show? According the commonly accepted planet formation theory, as clouds of gas and dust inside a nebula collapse under gravity, they pull together and grow hotter and more compressed, growing into larger and larger planetary bodies. And as these bodies orbit around their sun, they clear the debris in their path and grow in mass, just like dust bunnies, creating these concentric rings and gaps:

"This is truly one of the most remarkable images ever seen at these wavelengths. The level of detail is so exquisite that it's even more impressive than many optical images. The fact that we can see planets being born will help us understand not only how planets form around other stars but also the origin of our own solar system," said NRAO astronomer Crystal Brogan.

Somewhere out in space, light-years away from our Earth, baby planets are slowly growing into existence — and that's a pretty wondrous thing to behold.