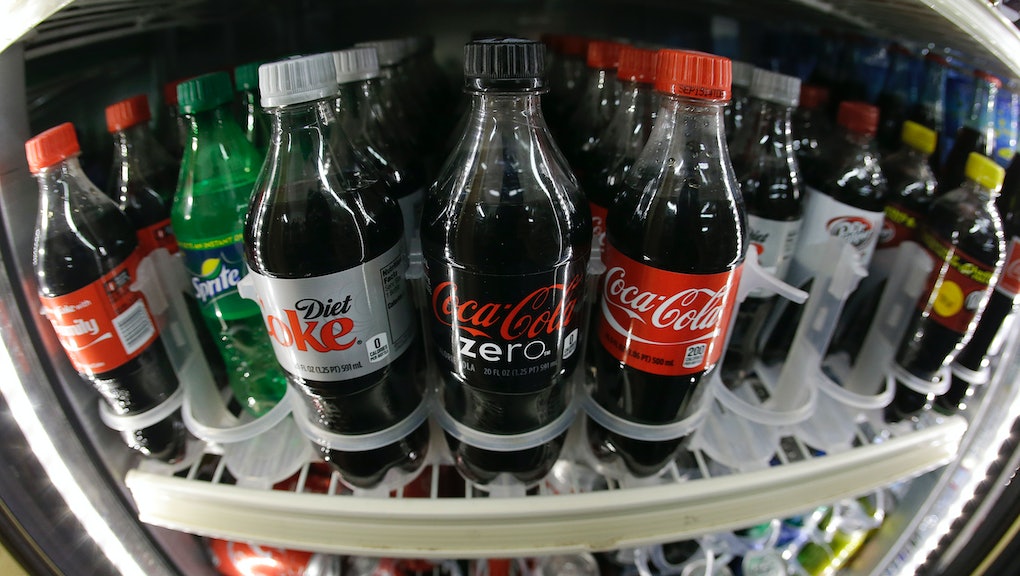 The liberal bastion of Berkeley, California, is making soda drinkers pay the price by imposing a punitive tax on the sale of sugar-sweetened beverages. Needless to say, health advocates are ecstatic.

Berkeley is the first city to impose a such a tax after voters in Tuesday's elections approved the nation's first real soda tax by a 3-1 margin. It's a measure designed to cut down on sugar intake to reduce rates of health issues such as diabetes and obesity, as well as raise revenue for the city.

The measure will place a one-cent-per-ounce tax on most sugary drinks, sodas included. Forbes reports that this will increase the cost of a can of soda by 12 cents and by 68 cents for a 2-liter bottle.

Money in the bank: Those pennies will add up quickly. Estimates see the measure raising more than $1 million per year. The money will go to the general fund and to the addition of a health panel to the city council, which will dole out money to the city's health programs.

However, the tax is about more than just money; it's about setting a precedent. Berkeley managed to do what more than 30 cities and states across the country have attempted to do.

Proponents of the tax think this marks the beginning of a trend. Sugar-sweetened beverages are a big culprit of added sugar in the country's diet. Those who support the measure think that once voters learn the truth about impacts of added sugar, they'll support more regulation.

Big Soda fought back: Not everyone is cheering, though – especially the soda industry. The American Beverage Association, which represents the likes of Coca-Cola, PepsiCo and Dr. Pepper Snapple Group, spent more than $11 million to oppose the ballot measures in San Francisco and Berkeley, according to Forbes. Former New York Mayor Michael Bloomberg, whose own plan to ban the sale of large sugary drinks was struck down by the courts, contributed $650,000 to the pro-tax effort in Berkeley.

Soda-makers were able to breathe a sigh of relief in San Francisco, where a similar measure did not pass. But despite the millions spent by the American Beverage Association, the measure did come close to becoming a reality. More than half of voters approved the tax, but fell short of the three-quarters of votes needed.

Will other cities follow suit? At this point, it's hard to say if the rest of the country will follow in Berkeley's footsteps. But, as the Berkeley Media Studies Group pointed out to NPR, Berkeley "has a history of being first to a new cause that's later embraced more broadly." As New York University professor Marion Nestle told Politico, passage of the tax was "absolutely huge."