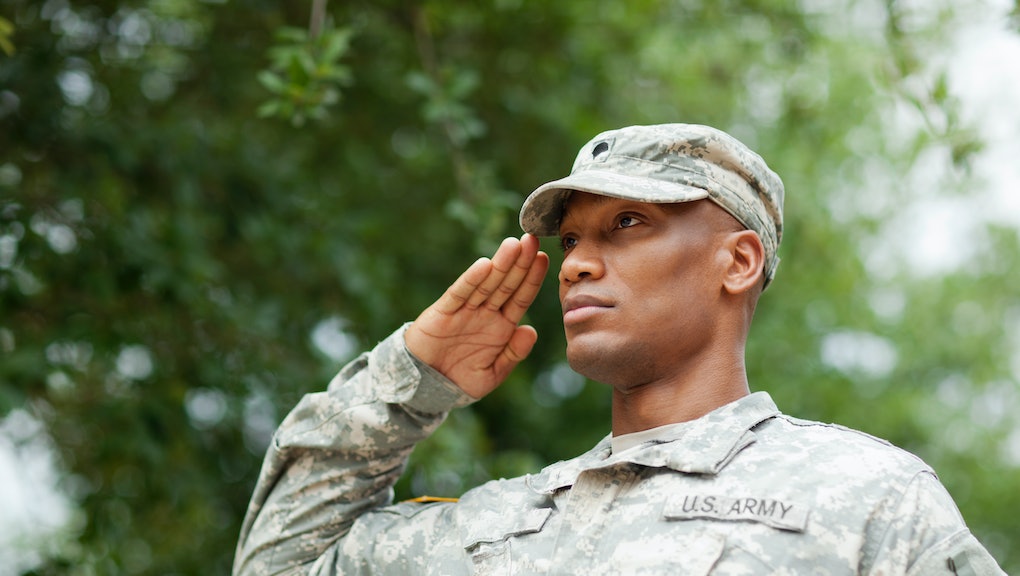 It's 2014, but until Thursday a premiere American military institution still thought it's acceptable to use the word "Negro" to describe black personnel.

According to an Army Regulation manual published Oct. 22, the word was allowed alongside terms like "Haitian," "Black" and "African American." When asked how the term came to be included, the Army effectively shrugged its shoulders. One official told CNN that the word may have been added so that a black or African-American service member could "self-report" as a Negro.

The military does regularly collect demographic data from its members, but according to another official, using "Negro" still doesn't make sense, as the Pentagon doesn't even use the word when it collects demographic numbers. Referring to the claim that it may have been added for self-reporting purposes, he said it was "the dumbest thing I have ever heard."

The Oxford Dictionary — and common sense — describes the term as largely outdated and offensive, while Complex notes that "the word 'negro' has all sorts of painful connotations, is mostly considered archaic, and has pretty much fallen out of use since the Civil Rights Movement."

Sensing a looming public relations disaster, the Army scrambled to quell the controversy before things went nuclear. "The racial definitions in AR600-20 para. 6-2 are outdated, currently under review, and will be updated shortly," Lt. Col. Benjamin Garrett, a representative from the Army Media Relations Division, told Mic in an email. "The Army takes pride in sustaining a culture where all personnel are treated with dignity and respect and not discriminated against based on race, color, religion, gender and national origin."

Judging by the reactions on Twitter, the review came too late:

This isn't the first instance where a word from the 1950s caused a controversy in the 21st century. In 2010, it was reported that Senate Majority Leader Harry Reid said that as a black candidate, Barack Obama could win because of his "light-skinned" appearance and the fact that he spoke "with no Negro dialect, unless he wanted to have one." And it took the U.S. Census Bureau until 2013 to remove the word from its surveys.

Still, that doesn't excuse the Army's dumb mistake. "We said turn clocks back an [hour]. Not a century," tweeted one person. Bingo.