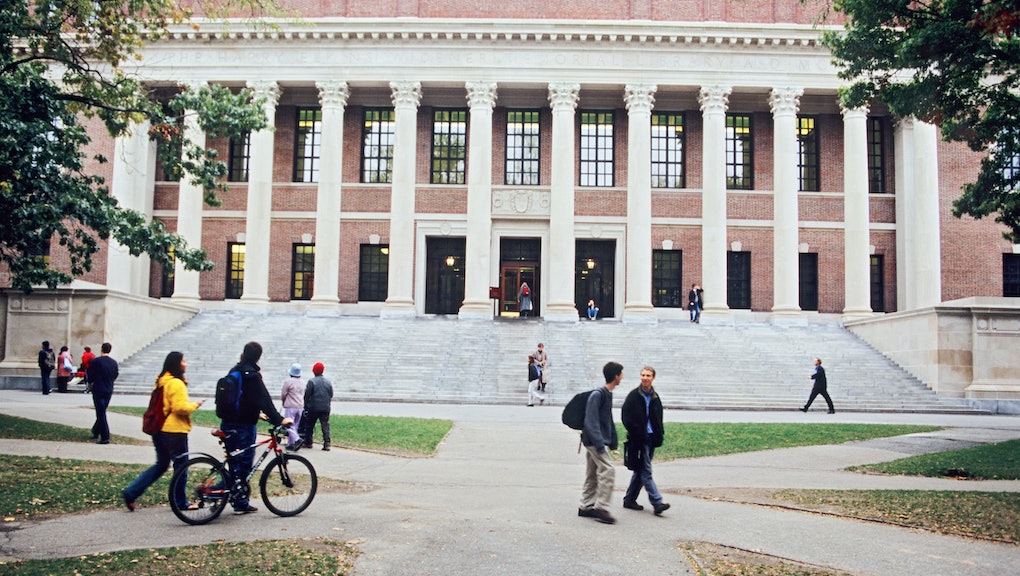 The news: Colleges are cutting the "college experience" short a year short to help students control their debt.

Universities across the country — the most notable of which include Purdue University, the University of Iowa and the University of South Carolina — are now offering three-year bachelor's degrees as opposed to the far more ubiquitous four-year variety.

Unfortunately, an extra year of beer pong and debauchery seems more enticing to students than their financial futures — the three-year degree programs haven't been popular.

The Wall Street Journal reported 61 students were enrolled in Chatham's three-year degree program for interior architecture. Three-quarter of the students are on pace to graduate in three years.

Other schools aren't as fortunate. Lipscomb University in Nashville only has fifteen people seeking their three-year degree, and only three of them will likely graduate in three years.

But this isn't endemic to the three-year degree. For example, only 39% of students seeking the standard four-year bachelor's degree actually get it within four years.

These schools shouldn't be faulted for trying, though. College tuition has increased by an unbelievable 1,225% since 1978. As a result of the incessant increases, the Class of 2014 became the most indebted class in history, owing $33,000 per average debtor.

Some schools proposed other solutions to the debt crisis. The $10,000 bachelor's degree — a program stripped down to solely academic essentials — became a highly talked about fix for higher education's woes earlier this year. That, too, hasn't taken off.

Americans about to attend college may want to reflect on what's important — re-enacting Animal House or graduating with a financial future.