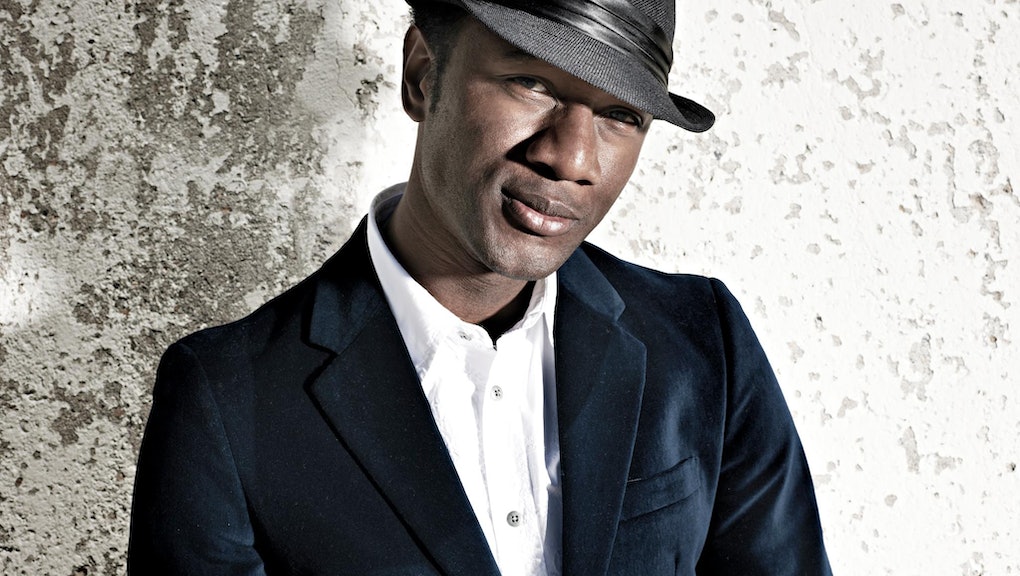 Taylor Swift said streaming pushes the perception that our music is "valueless" and then pulled all her music off Spotify. Patrick Carney of the Black Keys said simply, if streaming was "fair to the artist, we would be involved in it." Thom Yorke called Spotify the "dying fart of the industry."

The future of the music industry is a hot topics these days because it's completely broken. Artists make next to no money off streaming — many famous, professional musicians have to hold day jobs to make their dreams real.

Earlier Thursday, one of the most amazing soul artists of the past 20 years, Aloe Blacc, fought back against the devaluation of music with a brilliant essay in Wired about how the streaming industry needs to change if real music will survive. It's the most enlightened, actionable and balanced contributions to the debate thus far.

Blacc describes how poorly streaming services treat their artists in no uncertain words.

"I, for one, can no longer stand on the sidelines and watch as the vast majority of songwriters are left out in the cold, while streaming company executives build their fortunes in stock options and bonuses on the back of our hard work."

He uses hard data from his own streaming earnings to illustrate his point. Blacc co-wrote and sang Avicii's "Wake Me Up," which is the most streamed song on Spotify and the 13th most played song on Pandora. And for those 168 million Pandora streams, Blacc and Co. earned $12,359, which they had to split among three songwriters.

To break it down further: It's a whopping $4,000 per writer for the biggest success story in streaming.

Those earnings are unacceptable. But instead of tossing the whole streaming enterprise in the trash, as many of the artists mentioned above have done before him, Blacc takes a more measured approach in his Wired piece:

"I firmly believe there must be a way for innovative new music services to succeed in the marketplace without undervaluing the contribution of songwriters. And, thankfully, I am not alone in that view."

He cites an article written by Paul Williams, president and chairman of the American Society of Composers, Artists and Performers. It shares news that the federal government has agreed to engage in a formal review of the country's licensing consent laws. It's a hopeful sign that could potentially have a huge impact on how artists and songwriters get compensated for their work.

Blacc sees the big problems, but he sees a way forward too. Unlike Swift and Big Machine's solution to the problem, Blacc is actively working to make the industry a better place. Swift made sure people paid for her work by stripping her recordings from streaming services entirely, hiring bodyguards and employing many copyright enforcers to make sure her songs don't pop up on YouTube or anywhere else. While the strategy may help some realize how undervalued music is today, it's a not viable strategy for the majority of artists who don't have the Swift's audience or resources, or a highly marketable sound. Blacc is working to make the industry work for those people, too.

"The reality is that people are consuming music in a completely different way today. Purchasing and downloading songs have given way to streaming," Blacc acknowledges. The way forward is to accept the reality that streaming services are here to stay and to work with companies and the federal government to ensure artists are adequately compensated for their work.

Because streaming can become a lucrative enterprise for songwriters. In countries like Sweden and Norway, artists make around five to 10 times as much from streaming royalties than they do in America because a larger percentage of the population is willing to pay for streaming.

Streaming has the potential to bring in more artist revenue than downloads or physical purchases. The average consumer spends about $40 a year on recorded music. But consumers that pay for Spotify Premium pay $10 a month, totaling $120 a year. As more people start to pay for streaming subscriptions, the revenue pot will increase tremendously and artist paybacks will rise with them, if Spotify is responsible.

Blacc's fiery essay will help pressure streaming services to raise their compensation rates for artists. The federal government's intervention will also help, but the bulk of it has to come from the people. More artists should look to step forward like Blacc, to inspire people to value music again. We have to nurture our new technologies because there simply is no way back — only forward.