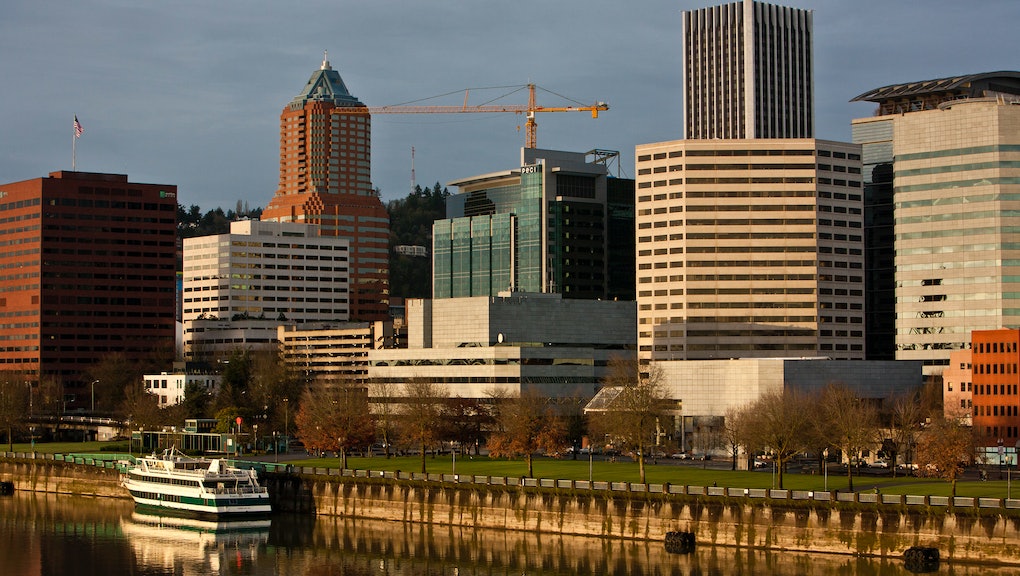 Is Portland the Worst City for Young Married People?

Yes, millennial divorce happens. Fewer young people than ever are getting married, but the research also shows we're fairly accepting of divorce if it's the right solution for a troubled union. So where are all these millennial divorcees living? Sociologist Philip Cohen at the University of Maryland has taken up the question with a new analysis, using American Community Survey Data. And the divorce capital is...

(The chart above is organized by the refined rate. Organizing it by the crude rate would favor cities that have large married populations to begin with, such as Salt Lake City — there are more divorces happening there, but it's because there are just more married millennials there.)

Why Oregon? What makes Portland such a poor place for young married couples? It's not so much about the city itself (artisanal coffee shops and rainy weather aren't inherently bad for coupledom). It's partly about who lives there.

For example, age matters. People who marry younger are more likely to divorce than those marrying later, and Portland — like Phoenix, Houston and San Antonio — has a slightly lower average age at first marriage. Education and ethnicity matter, too. As Cohen told Mic, research shows that "people with less education, African-Americans and people who have been married before all have high divorce odds; Asians and immigrants have lower divorce rates."

But, as the most recent census data shows, none of those demographics necessarily characterize Portland best. What could explain the high divorce rate? Migration.

In Oregon, 17% of divorced millennials lived in a different state last year. (See the "OR" in the upper-left quadrant.)

"It looks to me like people move to places like Portland after their marriages break up," Cohen told Mic. "Maybe [states like Portland, Wyoming and New Mexico] are seen as desirable remarriage markets, or good job markets, or interesting places to move to start over."

Portland is, after all, the "retirement community for the young." It's attracting a glut of young, educated people, so much that the economy is stagnating as a "'victim' of the state's attractiveness, and a resulting population influx." But that doesn't seem to be deterring young, newly single folks.

So take heart, Portland: It's not that the city ruins marriage. It could be that it's an awesome place to start fresh.