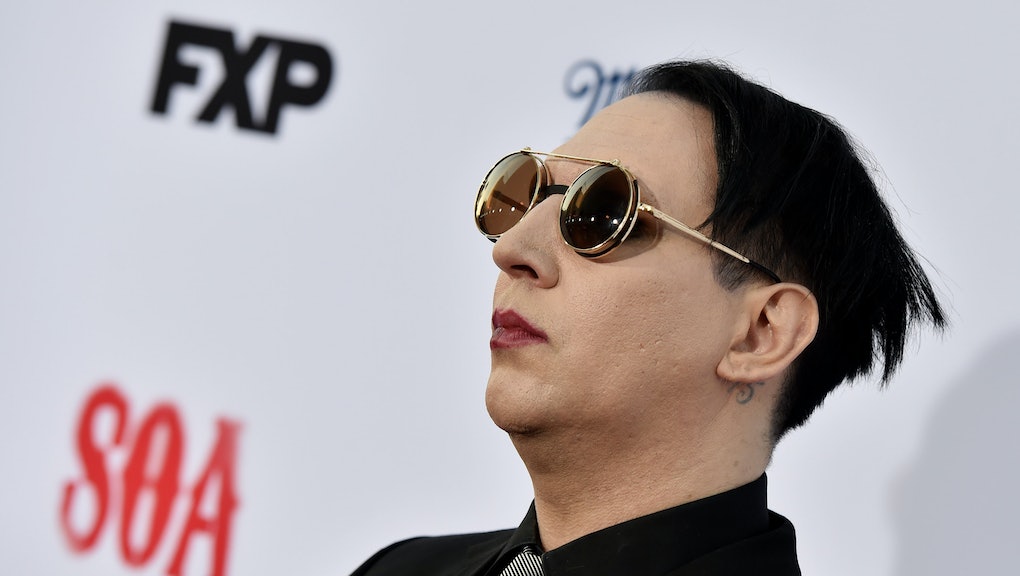 Ah, white men. Definitely the most trustworthy source on race relations in America.

During a podcast interview with author Bret Easton Ellis, goth rocker Marilyn Manson (remember him?) shared his thoughts on race, racism and humor. "Getting back to the idea of racism and how it's so widely applied to people now, it's just gotten crazy," Ellis said, prompting Manson to offer this:

"I don't even really know what to do with it. You know, it's the old tradition of like, 'Yeah man I got a lot of black friends, I got a lot of Jewish friends' or whatever, it's like, the people that I know that are my friends that are black are completely comfortable with my sense of humor because I think that racism is more about if something is like – whatever, it's a stupid word, it's a made up word, it's an -ism."

It's 2014, but apparently we haven't gotten past debating whether racism is a thing.

"But it's like, if you're not doing something hateful to somebody, you're not trying to hurt somebody, then it's not really a problem," Mason continued. "You can make comments about culture, don't avoid the elephant in the room. Stand-up comedians can say whatever they want and somehow that's a free reign, but if you say it as a rock star, say it as a writer, sometimes people misinterpret it."

To his credit, Ellis — who doesn't have the most spotless record when it comes offensive lines himself — quickly clarified for listeners that, yes, racism does exist "in a big way."

Manson, however, did enough damage by himself. The idea that racism is a "stupid" and "made-up" word is itself idiotic. It's difficult to imagine what he meant by this, and he didn't elaborate much, so we'll probably never know.

Yet what he did explain further certainly didn't help. He mentions that his friends who are black are seemingly fine with his sense of humor, which is certainly possible, and that's their decision. But he's assuming that his friends represent — and speak for — everyone, which is a mistake. It's simply a variation on the classic "I have a black friend!" argument.

He makes a valid point when he argues that you can't avoid the elephant in the room, but using stand-up comedians as an example is not smart. Moreover, the line that immediately precedes that — "If you're not doing something hateful to somebody, you're not trying to hurt somebody, then it's not really a problem" — is inherently problematic. Hateful actions aren't the only avenues for racism out there: microaggressions, institutional racism and plain ignorance, among many others, exist too.