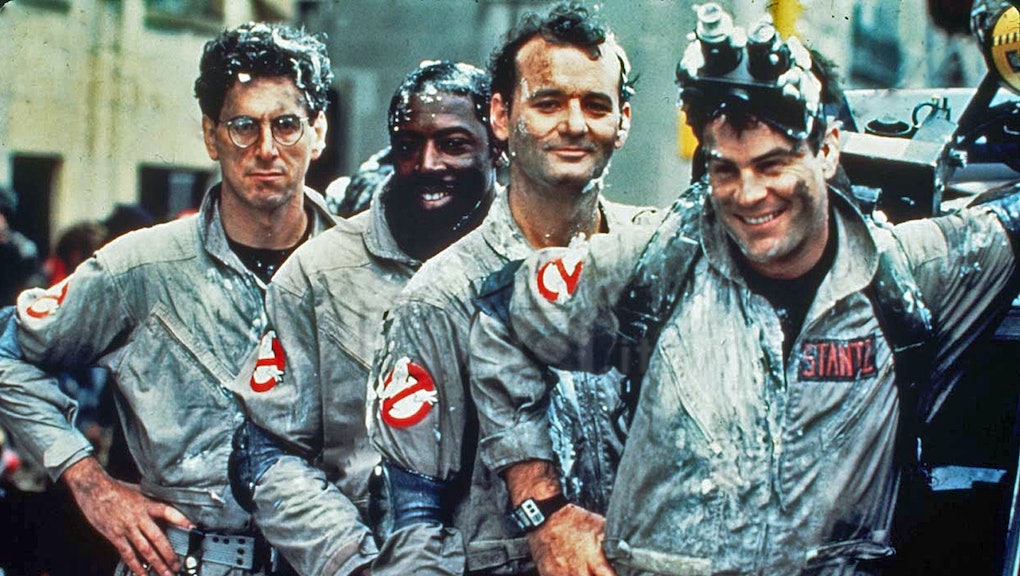 If You've Ever Felt That Ghosts Are Real, Scientists Are Now Backing You Up

The news: Scientists have figured out where ghosts come from, and it's not beyond the grave.

Researchers from the Swiss Federal Institute of Technology have determined that the feeling of being haunted by ghosts — or "feeling of presence" — is the brain trying to make sense of conflicting sensory information that, as New Scientist puts it, "disrupt[s] the normal brain processes."

After scientists identified the regions of the brain involved in such experiences, they managed to make people experience the feeling of presence on command. No seances were required.

The science: Initially, the research team studied the brains of 12 people with sensory motor problems. All 12 had claimed they felt a strange presence nearby. The examination revealed damage to three regions of the brain, including the frontal parietal cortex, which is related to movement.

Armed with this knowledge, the scientists devised a new experiment. They hooked up 19 blindfolded volunteers to a motion-sensing robot and asked them to move the robot's arm. When they did, a second robot behind the volunteer would respond to the movement and caress the volunteer's back.

When scientists made the second robot react slower so that the caress came 500 milliseconds after the volunteer moved the first robot, the results were startling. Fourteen subjects reported feeling a ghostly presence. Two volunteers were so scared that they asked for the tests to stop.

"Our experiment induced the sensation of a foreign presence in the laboratory for the first time," neurologist and lead researcher Olaf Blanke told the Telegraph. "It shows that it can arise under normal conditions, simply through conflicting sensory motor signals."

In other words, unless you see a pottery wheel operating by itself, there's almost always a scientific explanation for your ghost sighting.

Confirming beliefs: Scientists have been debunking this "mystery" for a while now. Haunting messages on Ouija boards have long been proven to be the result of subconscious movement. And many ghost sightings occur in areas with stronger-than-average electromagnetic fields, which have been proven to interact with people's brains and cause the feeling of presence.

Even though ghosts not being real isn't news for anyone with a working knowledge of Are You Afraid of the Dark?, it's comforting to have another stack of data to reassure us. So in the future, when there's something strange in your neighborhood, call your doctor, not