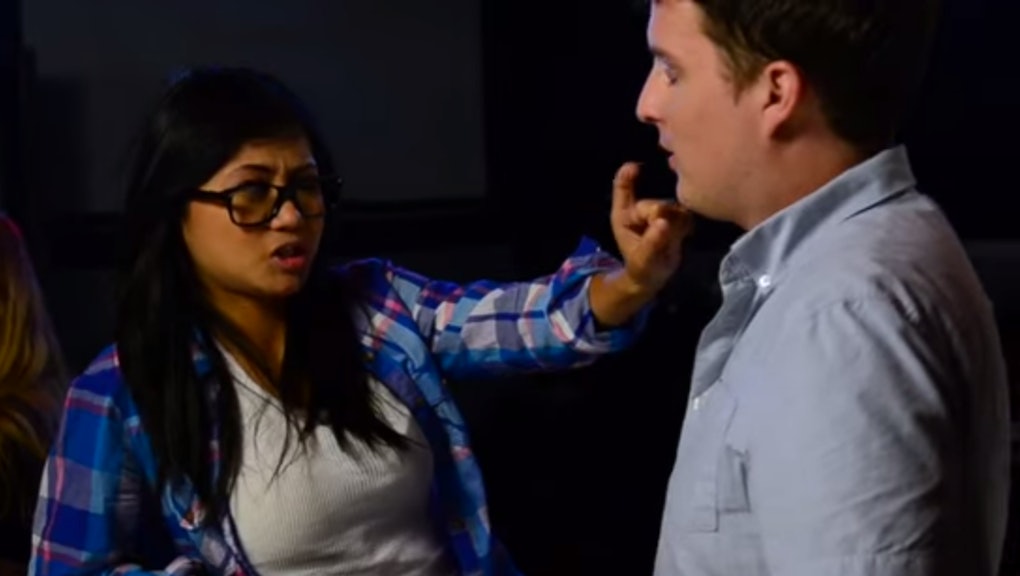 If Asian Women Had a White Guy Fetish, This Is How Ridiculous It Would Sound

When it comes to dating, some people have a type they're drawn to. But the situation can get uncomfortable fast when someone makes it clear they have a thing for people from one specific race or ethnicity. That's a fetish, and the people who experience it on a regular basis are not amused.

Racial fetishes reduce others to their ethnicity; the relationship is not based on the respect of someone's charming personality, looks, smarts or any of the other qualities that make someone a good mate.

In an effort to highlight this problem, one comedian has turned the tables on the fetishizers to show everyone — especially white men — why this needs to stop. Joy Regullano's new series gives us a taste of what it'd be like if someone had a white guy fetish. And the absurdity of the situation is illuminating.

Although this would almost never happen in real life, the video demonstrates the unpleasantness of being reduced to cultural stereotypes and myths, something that happens quite often to Asian women and, more broadly, many people of color in the dating scene.

Regullano captures that tension with precision, tackling almost every common trope about the language, food preferences and physical appearances of Asians, reversing them on white people: "Your traditions are so majestic. What kinds of crazy food did your mom cook? Did she make casserole?" she asks, before asking the guy to talk in his presupposed dialect. "Say something in Midwestern. Come on, your language is so beautiful. Here, I know something: Pop."

And when she gets called out for showing prejudice, she's got a common defense: "I am not racist. I've dated someone of every ethnicity before."

Regullano is not alone in her irritation. Earlier this summer, a satirical video created by Anna Akana aired similar frustrations about the many men she's encountered who have no problem telling her they have so-called "yellow fever."

"Men with yellow fever look at you and only see schoolgirls or sexual geishas," Akana says in "Why Guys Like Asian Girls." "They hide samurai sword collections in their closets. And they learn how to speak an Asian language, then only talk to you in that friggin' language."

Actions like these may not come off as overtly racist to some people, but the ignorance and cluelessness of them is denigrating, especially in the context of America's racial history.

Although these videos use humor, they're part of an important social commentary regarding the ways people interact with each other, whether dating or just as part of a causal conversation. It's never acceptable to reduce someone to their race or cultural stereotypes, and it certainly won't get you a second date.