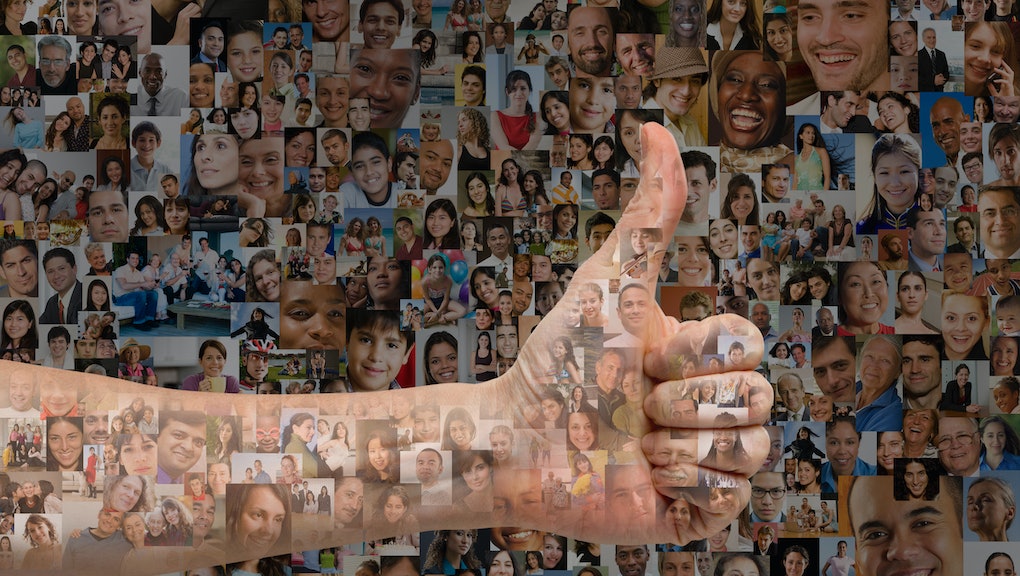 There's one type of conversation that we're still having face-to-face more frequently than online: discussions about faith.

While 20% of Americans report talking about faith online in an average week, nearly twice as many say they talk about religion in person, according to a new Pew Research Center study.

Compared with the 71% of Americans who believe in God with absolute certainty and the 74% of online adults who use social media, the percentage of those who discuss their faith online is relatively low. So why haven't these conversations made it onto Twitter and Facebook? The Pew study doesn't specifically delve into this question, but we can draw some inferences from the findings.

Despite the fact that an overwhelming majority of Americans believe in God, not as many seem to actively participate in traditional religious observances. Only 35% report attending religious services once a week. The 20% of people who talk about social media online mirrors the percentage of people who tune into to religious radio, watch religious TV programs and listen to into Christian rock music.

The closeness between these numbers suggests that maybe these habits tap into a particular type of religious American, specifically young believers and their peers. "Young adults (ages 18-29) are about twice as likely as Americans ages 50 and older to see people sharing their faith online. This pattern reflects broader generational differences in technology adoption and media consumption," Pew noted. Electronic religious engagement "generally complements — rather than replaces — traditional kinds of religious participation, such as going to church."

So, Americans who don't already have an affinity toward TV or radio engagement or regular attendance to services aren't the ones who are going to head to their Facebook pages to post about faith. That explains the discrepancy between the number of social media users and religious posts, but that doesn't explain why conversations on the topic in person are happening at such higher frequencies.

Another Pew study on social media sharing sheds some light on the gap. The survey found that people are less likely to talk about potentially controversial topics online than in person. Users were more willing to share when they thought the majority of their followers would agree with them.

The tendency to share online was also shaped by the person's confidence in how much they know on a subject, the "intensity of their opinions" and "their level of interest." This explains why the most religious would be the most likely to take to social media with their thoughts on the topic.

Who would've guessed so much information could be wrapped up in someone's Facebook posts about their faith? Perhaps even more surprisingly, in an age of hyperactive online communication, is the fact that the art of face-to-face conversation still outweighs the Internet.